June 22 (UPI) -- Rodrigo Duterte, president of the Philippines, has threatened to jail people in the country who refuse to get vaccinated against COVID-19.

During a televised address, Duterte described the COVID-19 pandemic as a "crisis" and "national emergency," saying those who refuse inoculation will be jailed or deported.

"You choose, get vaccinated or I will have you jailed," he said.

"I'm telling you those police jails are filthy and foul-smelling and police are slow to clean them. That is where you'll be."

He added that those who do not wish to be vaccinated should "leave the Philippines" and go elsewhere including India or the United States.

The Phillippines has struggled to roll out vaccines with just below 2% of the population vaccinated.

Duterte spokesman, Harry Roque, a former rights lawyer, said that Philippine law allows a president to compel compulsory vaccination, but such efforts should be supported by legislation.

Edre Olalia, president of the National Union of People's Lawyers, told The New York Times imposing jail time for those who refuse vaccinations would be illegal.

"There is no law that specifically empowers the president to order such arrests for said reasons, even if this is a health emergency," Olalia said.

World News // 1 hour ago
Belarusian activist Vitaly Shishov found hanged in park in Ukraine
Aug. 3 (UPI) -- Vitaly Shishov, the activist leader of a Belarus nonprofit that helps people leave the country under the regime of President Alexander Lukashenko, was found dead in Ukraine on Tuesday. 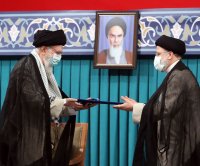 World News // 20 hours ago
Death toll in China's Henan Province at 302 after flash floods
Aug. 2 (UPI) -- More than 300 people are dead and 50 others missing in the aftermath of catastrophic flooding in central China, according to authorities in Henan Province.

World News // 21 hours ago
Firefighters among the dead in Turkey as crews battle major wildfires
Aug. 2 (UPI) -- More than 100 wildfires that have burned across Turkey have led to the deaths of several people -- including a couple of firefighters, officials said. 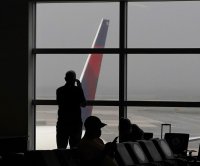 World News // 22 hours ago
North Korea warns of torrential rain after weeks of drought
Aug. 2 (UPI) -- North Korea said the country must prepare for typhoons and potential flooding in August after weeks of record-high temperatures that may have damaged crops.
Advertisement