Protesters march to oppose LGBTQ+ related amendments to a national child sex abuse law at the parliament building in Budapest, Hungary, on Monday. The amendments include changes in sex education curricula in schools. Photo by Szilard Koszticsak/EPA-EFE

June 15 (UPI) -- Hungarian lawmakers on Tuesday passed a ban against certain LGBTQ+ content in schools through amendments that were made to a national child sex abuse law.

Hungarian Parliament voted to adopt the law that increases sentences for sex crimes and creates a public database of sex offenders. But it also includes late changes that restrict LGBTQ+ content for students under 18 in schools.

The law restricts education and advertising deemed to "popularize" homosexuality or gender identification outside of the that assigned at birth. It also restricts sexual education to teachers and organizations approved by the government.

The national assembly passed the law 157-1 after a plea from one of Europe's leading human rights officials to abandon it as "an affront" against the LGBTQ+ community.

"This is a dark day," Amnesty International Hungary Director David Vig said in a statement. "This new legislation will further stigmatize the [LGBTQ+] people and their allies. It will expose people already facing a hostile environment to even greater discrimination."

"Tagging these amendments to a bill that seeks to crack down on child abuse appears to be a deliberate attempt by the Hungarian government to conflate pedophilia with [LGBTQ+] people," he added.

Hungarian Prime Minister Viktor Orban, who is also president of the ruling Fidesz political party, has been accused of using the child abuse law to gain support in his conservative base ahead of elections next year and to shift the focus away from other scandals. 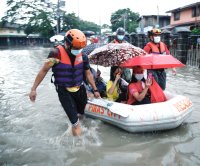 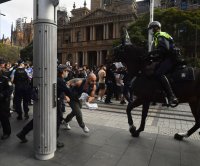