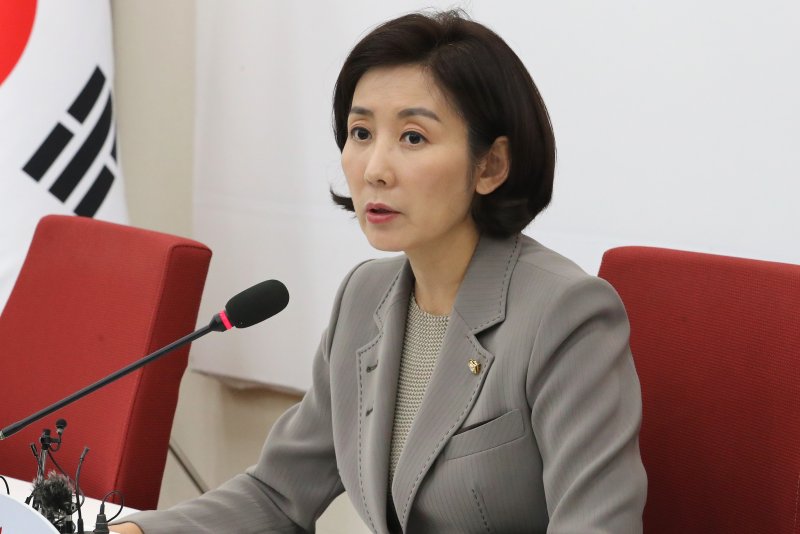 June 3 (UPI) -- South Korean conservatives say they will fight for the release of former presidents Park Geun-hye and Lee Myung-bak and for commemorating a past dictator with an airport, ahead of a race in their party.

Former lawmaker Na Kyung-won of the People Power Party said Thursday during a rally in the central city of Daegu that she is working to build a new airport in the region, Korea Economic Daily and Pressian reported.

But Park's decision to rule without term limits and his retaliation against political rivals who were held without trial, have been cited as human rights violations.

Na and another conservative lawmaker Joo Ho-young, who are vying for the chair position in the party ahead of a June 11 election, mentioned Park and Lee, President Moon Jae-in's predecessors.

Lee was in office from 2008 to 2013, and was ordered back to jail in October by South Korea's Supreme Court for embezzlement. Park was impeached in 2017 for allowing an acquaintance to interfere in government affairs.

In April, a local poll indicated about half of respondents favor a pardon for Park and Lee.

"Two former presidents have been detained for a long period of time despite their seniority," Na said. "As party leader, I would have them released immediately."

RELATED Scholar: North Korea is working to normalize its government

Lee has been leading in polls for the chairmanship race, according to local press reports.

Na and Joo have suggested Lee is too young to lead the party ahead of a presidential election in 2022.

"We cannot leave next year's task of administration change to an undercooked leadership," Na said Thursday.

South Koreans in their 20s and 30s are believed to have delivered conservative candidates landslide victories in mayoral elections in April.

World News // 14 hours ago
Haitian gang leader threatens to kill missionaries held hostage unless ransom is paid
Oct. 21 (UPI) -- The leader of a Haitian gang has threatened to kill hostages if the ransom it has demanded for 17 U.S. and Canadian missionaries isn't met. 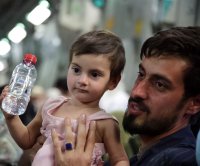 World News // 21 hours ago
U.N. creates emergency trust fund to save impoverished in Afghanistan
Oct. 21 (UPI) -- The United Nations said Thursday that it's established a fund designed to give aid directly to hundreds of thousands of needy people and the foundering economy in Afghanistan.