Teacher in China sentenced to death for raping young girls 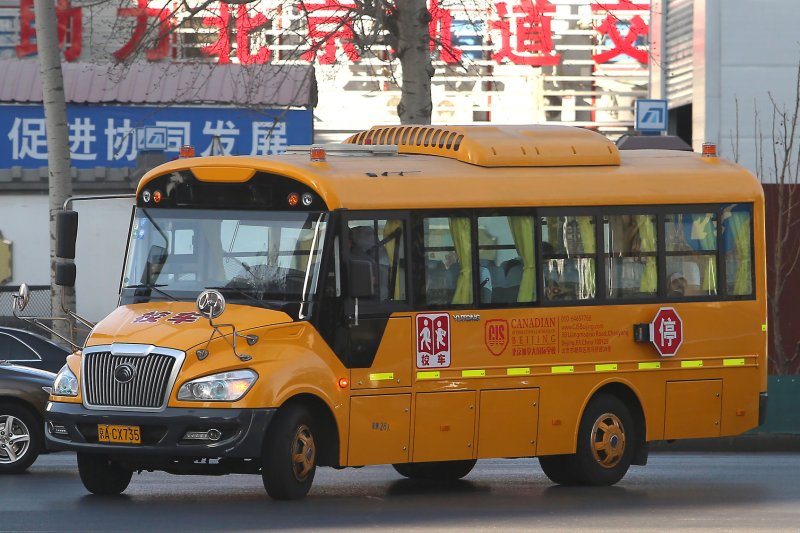 June 1 (UPI) -- A Chinese teacher at an elementary school has been sentenced to death for raping several students from 2001 to 2020, the Supreme People's Prosecutor's Office of China said Monday at a press conference.

The crimes were carried out behind closed doors in offices and classrooms of the school, authorities said.

According to China's Procuratorate Daily, Baisha primary school did not hold Yang and an accomplice with the surname Mi accountable despite growing allegations.

In 2017, parents issued a complaint to the principal and vice principal, but the school did not follow up with an investigation. Yang and Mi continued to terrorize students after 2017, state media said.

Local police in Hunan did not begin investigations until May 2020 after two victims reported the alleged crimes to police.

The Prosecutors' Office said the sentencing occurred in August of last year. Yang was sentenced to death and Mi received a 17-year prison sentence, after authorities concluded Mi joined Yang in the gang rape of a 12-year-old girl, according to the South China Morning Post Tuesday.

Authorities in China did not confirm Tuesday whether Yang's execution already had taken place.

Amnesty International said in a report in April that China is the world's No. 1 executioner, but the government does not publish numbers.

"The true extent of the use of the death penalty in China is unknown as this data is classified as a state secret," the organization. "The global figure of at least 483 excludes the thousands of executions believed to have been carried out in China."

In February, Wang Shujin, a man convicted of the murder and rape of several women, was executed in Hebei Province, according to China Daily. Wang was convicted after another man, Nie Shubin, was wrongly convicted and executed in 1995. Nie's name was cleared in 2016.

World News // 1 hour ago
Polls close in Kenyan election amid tight two-person race
Aug. 9 (UPI) -- The polls have closed in Kenya's Tuesday election, as the country moves toward choosing a replacement to President Uhuru Kenyatta.

World News // 7 hours ago
British weather office issues 'Amber' warning for more extreme heat
Aug. 9 (UPI) -- Britain's Met Office on Tuesday issued an Amber extreme heat warning for many regions of the country later this week, when temperatures are forecast to get near triple digits.

World News // 7 hours ago
Revolutionary Japanese fashion designer Issey Miyake dies at 84 after cancer battle
Aug. 9 (UPI) -- Issey Miyake, a tour de force of Japanese style and fashion for more than five decades, has died after a battle with liver cancer. He was 84.

World News // 9 hours ago
Russia shells areas in eastern Ukraine amid rising concern for nuclear power plant
Aug. 9 (UPI) -- Russian shelling on Tuesday targeted Ukrainian positions in the eastern and southern regions -- part of Moscow's military offensive to seize areas in the Donbas -- but Ukrainian officials said they made no major gains.

World News // 9 hours ago
Google back online after software issue causes short outage worldwide
Aug. 9 (UPI) -- Google was back online early Tuesday after the search engine reported a brief but widespread outage around the world overnight.

World News // 23 hours ago
Iran nuclear deal within reach as EU team submits 'final text' in Vienna talks
Aug. 8 (UPI) -- Iran may soon return to the 2015 nuclear deal that aims to limit its nuclear abilities after European Union negotiators said Monday that a "final text" has been drafted.