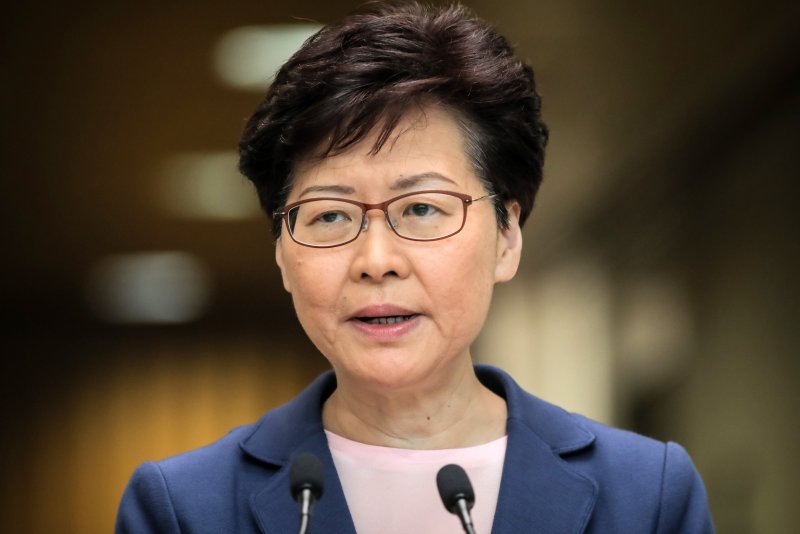 May 27 (UPI) -- Hong Kong is forbidding citizens from gathering for an annual candlelight vigil in remembrance of victims of the 1989 Tiananmen Square Massacre for the second year in a row, citing COVID-19 concerns.

The candlelight vigil was held every year since 1990, until last year, when the event was officially canceled because of the pandemic.

Activists are not happy with the decision.

The Hong Kong Alliance in Support of Patriotic Democratic Movements of China, the vigil organizer, said it would appeal the ban.

"Remembering June 4 is the collective memory of Hong Kong people," the group said.

Hong Kong Security Secretary John Lee said if the vigil is held it would be considered an unauthorized assembly. Promoting the vigil could also run afoul of local laws, Lee said.

Last year thousands of people defied the ban and gathered for the annual vigil in Victoria Park, including Joshua Wong, a prominent pro-democracy activist. Wong was recently sentenced to more time in prison.

Hong Kong's national security law has been cited in arrests of other activists. Earlier this year, 47 advocates for democracy were charged with violating the law, according to NPR.

Chief Executive Carrie Lam is to sign the bill into law.

Lam claimed the new law would not exclude potential candidates but rather ensure the process rules out "non-patriots" opposed to China, according to the report.

World News // 13 hours ago
With 6 weeks to go, hurricane season may be all but over
While the Atlantic hurricane season does not officially end until Nov. 30, AccuWeather forecasters believe that the odds of any additional tropical storm formation in the near future are low.

World News // 15 hours ago
Russia says it blocked U.S. warship from entering its waters
Oct. 15 (UPI) -- The Russian Defense Ministry said it chased off a U.S. Navy destroyer about to violate the country's border near the Sea of Japan during joint Moscow-Beijing military drills.