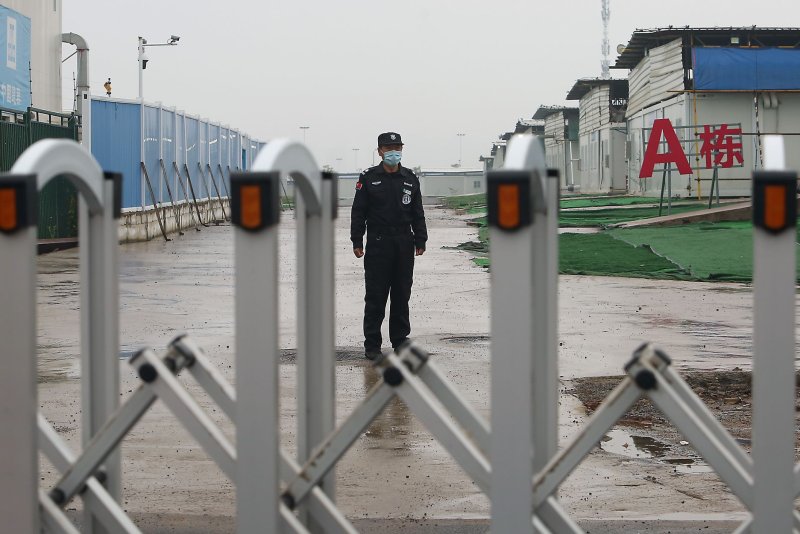 China’s Wuhan Institute of Virology was the center of bat coronavirus research, but has denied any connection to the coronavirus outbreak in the central Chinese city. File Photo by Stephen Shaver/UPI | License Photo

May 25 (UPI) -- A bat cave that was the epicenter of a mysterious pneumonia outbreak in 2012 may have been the origin of a virus related to SARS-CoV-2, but experts remain divided about its connection to the global COVID-19 pandemic, according to a recent press report.

The Wall Street Journal reported Monday that the cave was first brought to the attention of China's medical community nearly a decade ago, when workers in it fell ill after clearing out bat excrement.

The report comes after researchers at China's Wuhan Institute of Virology said Friday they have found a new branch in the family tree of bat coronaviruses that have the potential to swap parts, according to the South China Morning Post.

The outbreak at the cave in China's southwest Mojiang region began when a 42-year-old man with the surname Lu was clearing the cave. Lu fell ill and was admitted to a local hospital.

RELATED 10K of more than 101M vaccinated in U.S. infected with 'breakthrough' COVID-19

Li Xiu, a student at China's No. 1 School of Clinical Medicine at Kunming Medical University, wrote his thesis about Lu's condition, noting that Lu was admitted to hospital care April 2, 2012, and exhibited symptoms of fever and cough for two weeks. Lu also coughed up mucus spotted with blood and experienced trouble breathing, the paper said.

Top Chinese health officials were alerted to the situation after five other workers, ranging in age from 30 to 63, also were hospitalized.

Zhong Nanshan, a Chinese respiratory disease expert who was the first to publicly disclose that COVID-19 transmits between people, diagnosed pneumonia at the time. A student of George Gao, the current chief of the Chinese Center for Disease Control and Prevention, said four of the miners tested positive for SARS antibodies.

Scientists at WIV were alerted to the case in 2012 and began to extract genetic material from fecal samples of bats in the Mojiang mine. They called the virus they found RaBtCoV/4991, according to the Journal.

RaBtCoV/4991 was found to "easily exchange genetic material with similar ones to create a new coronavirus," the report said, citing research by Shi Zhengli, the Chinese scientist who headed WIV's bat coronavirus research.

Shi and other scientists also published in February 2020 a paper on the existence of a virus called RaTG13 that was 96.2% similar to SARS-CoV-2.

RaTG13 and RaBtCoV/4991 were found to have "striking similarities" by scientists outside China. Shi also conducted experiments at WIV in 2018 and 2019 to test whether bat coronaviruses could bind to an enzyme in human cells. Shi has not responded to requests for comment, according to the Journal.

World News // 3 hours ago
Canada expands travel restrictions to 3 African nations over Omicron
Dec. 1 (UPI) -- Canada has expanded its list of countries it is restricting travel from due to the new Omicron variant of COVID-19 to Nigeria, Malawi and Egypt, increasing the number of nations affected by the ban to 10.