Province in China encourages residents to inform on crypto miners 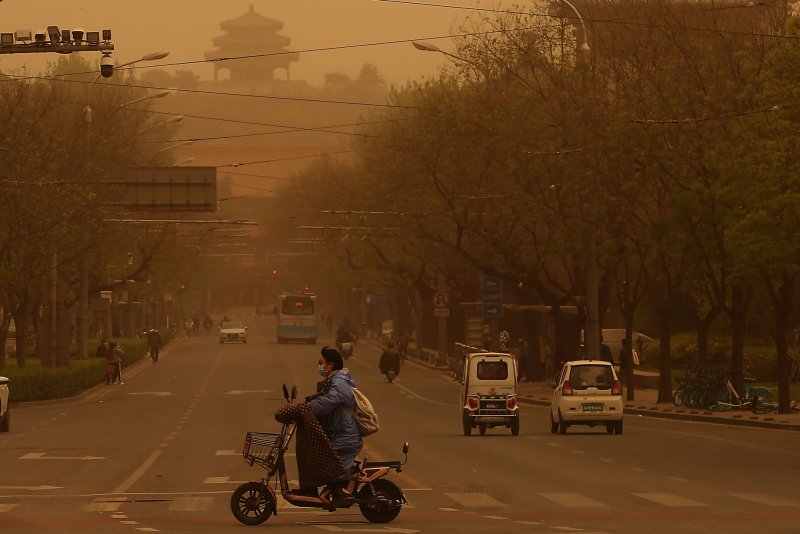 Chinese authorities have ordered the shutdown of cryptocurrency mines amid concern over emissions. File Photo by Stephen Shaver/UPI | License Photo

May 20 (UPI) -- A Chinese province that has approved new coal-fired power plants is cracking down on cryptocurrency miners as concern rises over emissions.

The Inner Mongolia Development and Reform Commission said that it would create a new hotline for residents to inform on people suspected of crypto mining.

The whistleblower initiative comes at a time when Xi Jinping is seeking to reduce carbon dioxide emissions before 2030 and achieve "carbon neutrality" by 2060, the report said.

Air pollution remains a serious problem in China. According to a study published in scientific journal Nature Communications in April, bitcoin mining would generate 130 million metric tons of carbon dioxide emissions by 2024.

China outlawed bitcoin exchanges in the country in 2017, but the policy has not deterred miners.

A bitcoin mining map issued by the University of Cambridge in 2020 showed that China accounted for 65% of the world's hash power, or computer power, used to run algorithms to mine bitcoin.

Provincial policies have forced miners to relocate to other parts of the country. Crypto miners who were active in Inner Mongolia moved their servers to Sichuan Province, where energy is sourced from hydropower, according to the FT.

"Prices of cryptocurrency have skyrocketed and plummeted recently, and speculative trading has bounced back. This seriously harms the safety of people's property and disturbs normal economic and financial orders," regulators under the People's Bank of China and the China Insurance and Banking Commission said Tuesday.

China could also be cracking down on bitcoin to strengthen its state-supported digital yuan initiative, according to the report.

World News // 9 hours ago
Chanthu to produce days of tropical rainfall, raise flood risk in South Korea, Japan
Chanthu is set to continue its long-lasting journey and impact portions of South Korea and Japan through the end of the week.

World News // 17 hours ago
Report: Despite fewer dangers, civilians hurt by cluster bombs rose in 2020
Sept. 15 (UPI) -- cluster bombs around the world, many left over for years after fighting, harmed more civilians in 2020, according to a new report -- even though monitors and activists say there was progress in eliminating the weapons.

World News // 19 hours ago
Macao casinos lose billions in value in face of possible new Chinese controls
Sept. 15 (UPI) -- Casinos in the Chinese territory of Macao, which has long been one of the world's largest gambling hubs, lost billions in value after Beijing started a special review period that may lead to tighter controls there.

World News // 21 hours ago
WADA asks panel to review status of marijuana on banned substances list
Sept. 15 (UPI) -- The World Anti-Doping Agency has indicated that it will consider possibly removing marijuana from its list of banned substances for athletes.

World News // 22 hours ago
Northern Ireland police arrest 4 in death of journalist Lyra McKee
Sept. 15 (UPI) -- Authorities in Northern Ireland say they arrested four people under a national terrorism law on Wednesday for killing a journalist two years ago during a riot.