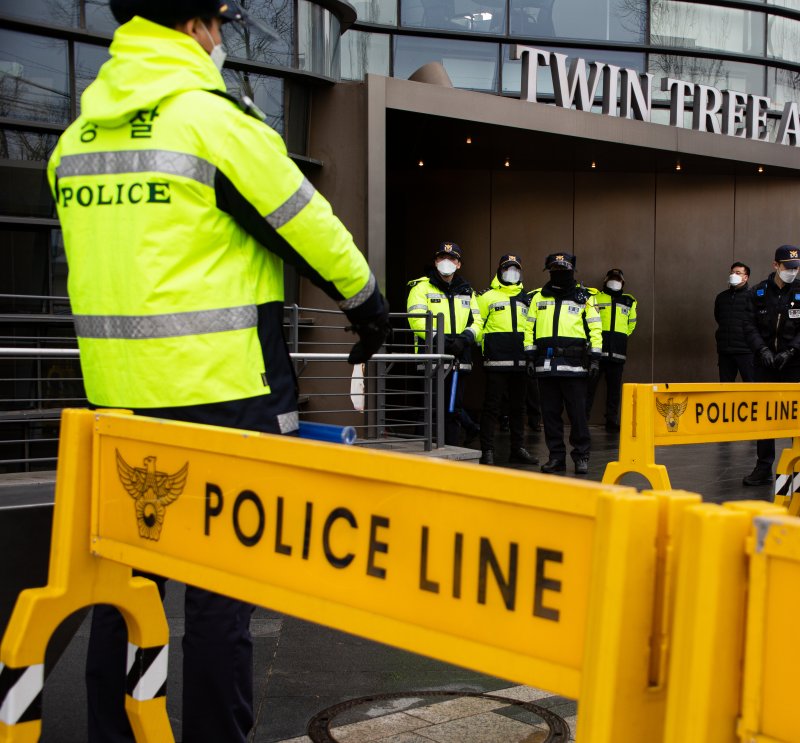 South Korean police have faced challenges  obtaining the cooperation of the Belgian Embassy after an assault involving the ambassador’s wife on April 9. File Photo by Jeon Heon-kyun/EPA-EFE

May 17 (UPI) -- The wife of the Belgian ambassador to South Korea most likely will not face criminal charges after assaulting two local women at a boutique in Seoul.

Xiang was visiting the store in the Seoul district of Hannam-dong on April 9, when she assaulted the women. The attack came after Xiang returned to the store after she was suspected of leaving the shop with unpaid items.

Video footage showed Xiang dragging a clerk by the arm before hitting her on the back of the head. A second woman tries to intervene, but is slapped in the face, the recording showed.

The ambassador's wife was requested to interview with local police, but in April the Belgian Embassy claimed on its Facebook page that Xiang was "unable to respond" to police queries because she had suffered a "stroke."

Xiang eventually met with police May 6, but victims said they are unhappy with her apology.

The store clerks said Xiang apologized by phone, but the diplomat's wife did not use a bilingual interpreter. Victims said they were unable to understand her message, and it remains unclear what Xiang said to her victims.

In the past five years 65 criminal cases involving foreign diplomats in Korea have been recorded, but most ended with the alleged perpetrator citing diplomatic immunity, the report said.

Seol Hye-young, a spokeswoman for the Justice Party, blamed Seoul's foreign ministry for "lack of action."

The government should have done more to hold Lescouhier and his wife accountable, Seol said, according to Newsis on Monday.

World News // 52 minutes ago
U.N. report: Civilian casualties in Afghanistan at record level this year
July 26 (UPI) -- More women and children have been killed or injured in Afghanistan over the first six months of 2021 than in the first half of any year since 2009, when record-keeping began, the U.N. mission in Afghanistan said Monday.

World News // 18 hours ago
Japan's COVID-19 deaths drop 5% amid state of emergency during Games
July 25 (UPI) -- Japan is staging the Summer Olympics during a state of emergency and without spectators with coronavirus cases surging though the situation nowhere nearly as dire elsewhere.