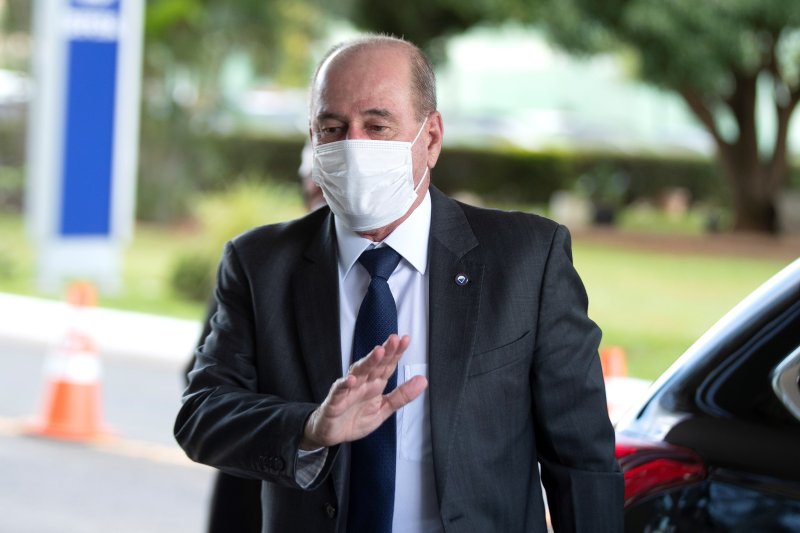 The commanders of all three military branches announced their positions were available at a meeting Tuesday with appointed Minister of Defense Braga Netto, and former minister Azevedo, according to Folha De S.Paulo. Netto had tried to dissuade them from leaving. The ministry notice said the commanders would be replaced and not that they had asked to leave.

Azevedo's firing came amid a cabinet reshuffle Monday, when Bolsonaro also replaced other ministers in a move to secure more loyalty, CNN reported.

The developments come amid record-setting COVID-19 deaths in the country, and a surge in young people becoming infected due to the spread of a new variant that is more contagious. COVID-19 has killed 313,866 people in Brazil and infected more than 12.5 million, and less than 2% of the population is fully vaccinated, according to Johns Hopkins Coronavirus Resource Center.

Azevedo's allies told Folha De S.Paulo that Bolsonaro fired Azevedo because he did not meet Bolsonaro's demand to prevent COVID-19 lockdowns across the country. Bolsonaro's efforts to overturn restrictions were also defeated in the Supreme Court.

Bolsonaro also fired Azevedo because he refused to politicize the armed forces as Bolsonaro wanted, including a directive for more demonstration of political support for the president, Estadao reported.

The president similarly clashed with Pujol who also rejected his politicization of the military, globo.com reported, citing his statement that the military did not want to "be part" of the policy. The comment came two days after Bolsonaro made a statement that "when you run out of saliva, you have to have gunpowder," regarding potential sanctions due to Amazon deforestation.

Pujol also clashed with Bolsonaro by pushing for tougher restrictions to prevent spread of COVID-19. Amid these clashes, the president had been warning the army general he should step down, Correio Braziliense reported.

Thomas Truamann, a Rio-based political observer and former social communication minister, told The Guardian the developments were "really historic." The last time he could remember anything like the circumstances with the army chief's removal was when hardline general Silvio Frato was fired in 1977 after trying to unseat Brazil's Ernest Geisel, a ruler of the country during military dictatorship.

World News // 2 hours ago
Israel bans all travel from foreigners as world COVID Omicron cases grow
Nov. 28 (UPI) -- The world is bracing for the effects of a worrisome new COVID-19 variant, called Omicron, with banning travel from South Africa, where is was first detected, including Israel banning all foreign visitors.

World News // 22 hours ago
Russian authorities arrest 5 in connection with deadly coal mine
Nov. 27 (UPI) -- Authorities have arrested five people on charges related to negligence in a Russian coal mine disaster that left more than 50 people dead.