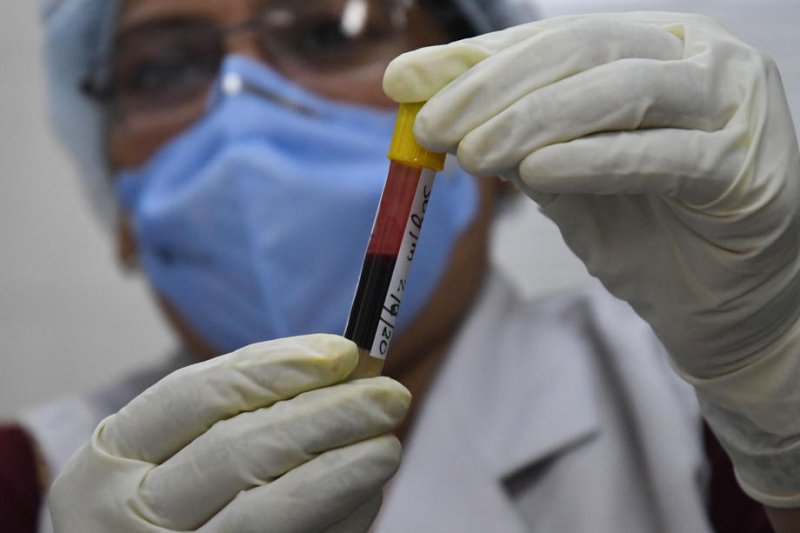 India's ministry of health said Wednesday that it has also identified 771 COVID-19 variants of concern. Photo by EPA-EFE

March 24 (UPI) -- India's ministry of health announced Wednesday officials have discovered a new variant of the COVID-19 virus with two mutations as well as hundreds other infections caused by other known variants of concern first found in Britain, South Africa and Brazil.

"Though VOCs and a new double mutant variant have been found in India, these have not been detected in numbers sufficient to either establish or direct relationship or explain the rapid increase in cases in some states," the ministry said in a statement. "Genomic sequencing and epidemiological studies are continuing to further analyze the situation."

The double mutant variant was discovered in samples from western Maharashtra state, it said, explaining the mutations "confer immune escape and increased infectivity."

These mutations have been found in between 15-20% of samples and do not match any previously cataloged variants of concern, it said.

The Indian SARS-CoV-2 Consortium on Genomics discovered the variant as it has been conducting genomic sequencing and analysis of COVID-19 samples since it was founded on Dec. 25.

Since then, it has discovered 771 variants of concern from among fewer than 11,000 samples shared by states.

Of the variants, the sequencing identified 736 cases of the B.1.1.7 variant first discovered in Britain, 34 cases of the South African B.1.351 variant and one case of the Brazilian P.1 variant, it said.

The discovery of the double mutant variant was announced as the the ministry reported 47,262 infections diagnosed in the past 24 hours, the highest number since nearly 48,000 cases were reported on Nov. 11. The increase is a continuing trend from a low of about 12,000 cases a day in early February.

India has the third most infections in the world at 11.7 million behind only Brazil with 12.1 million and the United States with 29.9 million, according to data collected by Johns Hopkins University.

World Health Organization Director-General Tedros Adhanom Ghebreyesus warned rich nations on Monday that if they don't share vaccines they are using to inoculate their entire populations while the virus spreads in poorer nations, more variants of the virus will emerge.

India, which has approved three vaccines, according to COVID-19 Vaccine Tracker, has administered more than 50.8 million vaccine doses as of Wednesday, the health ministry said in an update.