Jan. 26 (UPI) -- Italian Prime Minister Giuseppe Conte stepped down on Tuesday, as expected, largely over criticism for his handling of the COVID-19 pandemic.

Conte had been mired in scrutiny for months over his economic plan and how his government responded to the health crisis. Significant opposition led to a fractured governing coalition.

Conte's immediate plan to resign was reported late on Monday.

Former Prime Minister Matteo Renzi had removed his Italia Viva Party from the ruling coalition after he said Conte failed to satisfy his concerns about the government's economic recovery strategy.

Mattarella will begin discussions Wednesday with political leaders about replacing Conte, which will be atypical because the former prime minister didn't belong to any political party.

Conte formed a majority coalition two years ago, which initially had support from Italy's Democratic Party and the anti-establishment Five Star Movement. 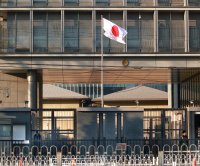