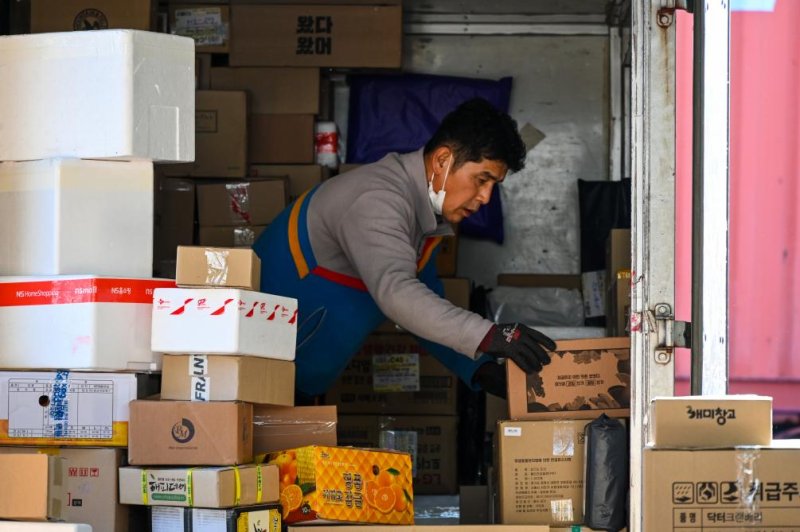 The agreement, which was mediated by the Ministry of Land, Infrastructure and Transport, limits working hours and places the responsibility for sorting packages on the logistics companies.

Currently, delivery workers are required to sort parcels at distribution centers themselves, a process that can take several hours a day and for which they are not paid.

South Korea's explosive growth in home delivery and online shopping during the pandemic has left drivers averaging more than 70 hours of work per week, with an alarming number of injuries and deaths on the job. Representatives for the drivers say 19 died of overwork last year, an issue that has drawn increasing national attention.

"The industrial structure that relies on long hours and high-intensity work is not sustainable, and it is time for bold innovation to transform it into a smart industry that embraces workers," minister Byeon Chang-heum said at the mediation meeting Thursday.

Shipments are expected to increase by more than 40% during the upcoming Lunar New Year period, which starts on Feb. 12, according to the ministry.

Logistics firms will be required to come up with an automation process for sorting parcels under the agreement. In the meantime, the companies will hire additional workers or pay couriers extra for the tasks.

The agreement also seeks to limit working time to 60 hours per week and 12 hours per day while restricting deliveries after 9 p.m.

"The courier industry is at an inflection point right now," Byeon said, adding that the government would provide financial support for automation plans.

The ruling Democratic Party praised the agreement and said it would continue to work on future rounds of negotiations between delivery workers and employers.

"The parcel delivery industry has grown explosively, but systems such as improving worker treatment and improving unfair practices have not followed," Democratic Party Rep. Woo Won-sik said in a statement.

Drivers union leaders also welcomed the agreement on Thursday and called off a strike of some 5,500 members that was scheduled for next week.

"To summarize the agreement, today is the day delivery workers are completely liberated after 28 years of sorting [parcels] for free," senior union official Jin Kyeong-ho said Thursday, according to news agency Yonhap.

World News // 3 hours ago
New York, Singapore top list of world's most expensive cities in which to live
Dec. 1 (UPI) -- There is a cost of living crisis in major cities across the world, and none are more affected than New York City, which is now tied with Singapore as the most expensive city to live in.

World News // 10 hours ago
President of South Africa faces impeachment over 'Farmgate' scandal
Dec. 1 (UPI) -- South Africa's president faces impeachment after an independent investigation determined he allegedly tried to cover up a $4 million heist at his farm two years ago in an effort to abscond with the loot.