Dec. 31 (UPI) -- The historic Brexit trade agreement with the European Union entered legal force in Britain on Thursday, just hours before the official end of the transition period.

British Prime Minister Boris Johnson signed the agreement into law after a parliamentary approval process that lasted into late Wednesday and early Thursday.

The new deal, which virtually took all of 2020 to iron out, radically alters Britain's relationship with the 27-member alliance beginning just before midnight Thursday, when the preset transition period expires.

While Britain has now given final approval, the pact still has to be ratified by European Parliament next month. The EU has provisionally approved the deal.

Britain's making the deal law closes the book on its departure from the bloc, which began with the Brexit referendum in June 2016 and technically ended last January. When Britain officially exited early this year, both sides set the transition period to negotiate the fine details of their future trade relationship.

"The destiny of this great country now resides firmly in our hands," Johnson said Thursday. "We take on this duty with a sense of purpose and with the interests of the British public at the heart of everything we do.

"[This is] a new beginning in our country's history and a new relationship with the EU as their biggest ally. This moment is finally upon us and now is the time to seize it."

Johnson also thanked lawmakers for working through endless disagreements, stalemates and criticisms, in the midst of a global health crisis.

"We have done this [trade deal] in less than a year, in the teeth of a pandemic, and we have pressed ahead with this task, resisting all calls for delay, precisely because creating certainty about our future provides the best chance of beating [COVID-19] and bouncing back even more strongly next year," he said.

Queen Elizabeth II approved the agreement after Johnson signed it into law.

The deal, reached a week ago, overwhelmingly passed the House of Commons and House of Lords on Wednesday and it arrived Thursday at Windsor Castle for the queen's approval.

In Britain, "royal assent" is required to officially make law.

Pictures of the Year: Top images from 2020 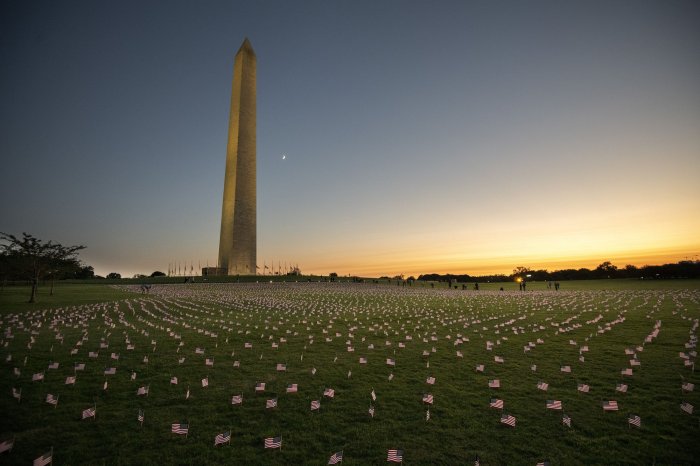 Some 20,000 American flags are placed by the COVID Memorial Project on the National Mall to represent the 200,000 Americans who had died due to the COVID-19 pandemic, in Washington, D.C., on September 21. The death toll has since surged even higher. Photo by Pat Benic/UPI | License Photo

World News // 1 hour ago
Former Louvre director charged in fraud, trafficking case
May 26 (UPI) -- A former director of the Louvre Museum in Paris is facing charges related to trafficking and fraud accusations.

World News // 3 hours ago
Antony Blinken stresses diplomacy in dealing with China over Taiwan
May 26 (UPI) -- Secretary of State Antony Blinken tried to definitively squash concerns over possible military involvement by the United States on behalf of Taiwan on Thursday.

World News // 3 hours ago
Global hydrogen alliance launches in Seoul
SEOUL, May 26 (UPI) -- Delegates from 18 countries participated in a ceremony to launch a global alliance of hydrogen-related organizations in Seoul, physically or virtually.