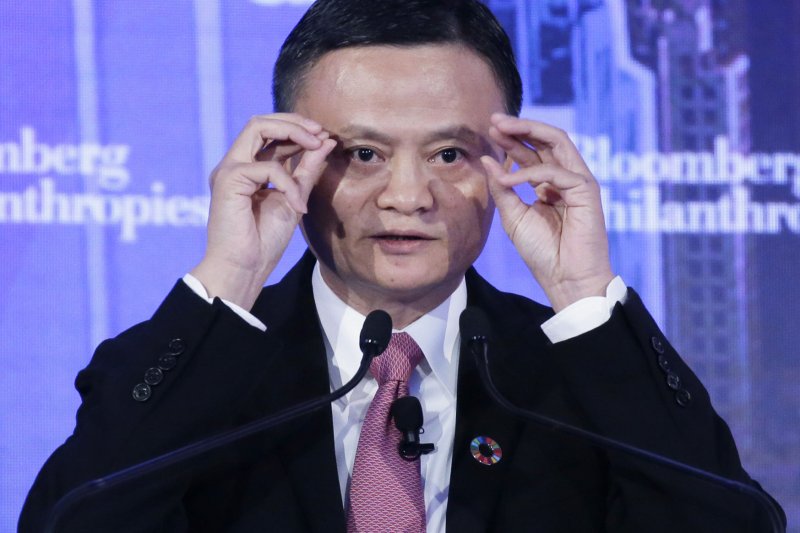 The State Administration of Market Regulation announced the investigation in a brief statement that said regulators would be probing the e-commerce giant for "suspected monopolist conduct."

Alibaba responded in a statement, saying it had received notice that the investigation had been initiated.

"Alibaba will actively cooperate with the regulators on the investigation," the statement said. "Company business operations remain normal."

The statement from the regulators said it would be investigating monopolistic practices, such as the practice of limiting Internet merchants to exclusively choose a single platform to sell their wares, South China Morning Post reported.

Also on Thursday, China's Central Bank announced it had called the executives of Ant Group, which developed the mobile payment system Alipay, for a meeting to discuss its business practices as well.

Both Alibaba and Alipay were founded by Chinese tech entrepreneur Jack Ma.

An editorial printed in state-run People's Daily on Thursday said the country's online economy has rapidly grown but it is also showing signs of market concentration and the Political Bureau of the Central Committee and the Central Economic Work Conference have both explicating called for the strengthening of anti-monopolist policies to prevent the "disorderly expansion of capital."

"The regulatory authorities initiated investigations into Internet companies suspected of monopolistic behavior in accordance with the law, precisely to better regulate and develop the online economy, and to enable the Internet industry to move better on the track of the rule of law," the editorial said.

World News // 13 hours ago
With 6 weeks to go, hurricane season may be all but over
While the Atlantic hurricane season does not officially end until Nov. 30, AccuWeather forecasters believe that the odds of any additional tropical storm formation in the near future are low.

World News // 15 hours ago
Russia says it blocked U.S. warship from entering its waters
Oct. 15 (UPI) -- The Russian Defense Ministry said it chased off a U.S. Navy destroyer about to violate the country's border near the Sea of Japan during joint Moscow-Beijing military drills.