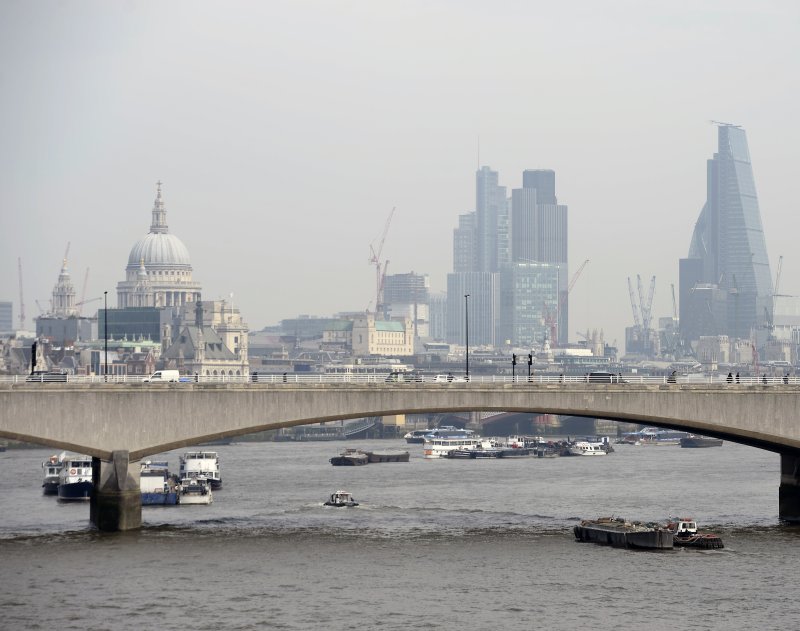 Smog surrounds St Paul's Cathedral in London in 2014. A coroner in Britain made the landmark decision to list air pollution as the cause of death for 9-year-old Ella Kissi-Debrah. File Photo by Facundo Arrizabalag/EPA-EFE

Dec. 16 (UPI) -- A coroner in Britain cited air pollution as a cause of death of a 9-year-old girl who died of an asthma attack in a landmark ruling Wednesday.

The Charites Asthma U.K. and the British Lung Foundation said Ella Kissi-Debrah was the first person to have air pollution listed as a cause of death on their death certificate.

Ella, who had severe asthma that caused episodes of cardiac and respiratory arrest, died in a hospital in February 2013 after experiencing cardiac arrest from which she couldn't be resuscitated, the coroner's report said.

"Air pollution was a significant contributory factor to both the induction and exacerbation of her asthma," said assistant coroner Philip Barlow.

Barlow added that Ella was exposed to levels of nitrogen dioxide and particulate matter in excess of World Health Organization guidelines.

Ella's cause of death was determined to be a severe asthma attack leading to respiratory failure. A report by Stephen Holgate, former chair of the British government's advisory committee on air pollution, found that Ella's asthma attacks coincided with high air pollution on the busy street near her home.

"The principal source of her exposure was traffic emissions," he said.

"The whole of Ella's life was lived in close proximity to highly polluting roads. I have no difficulty in concluding that her personal exposure to nitrogen dioxide and PM [particulate matter] was very high."

Ella's mother, Rosamund Kissi-Debrah, said that her family received "the justice for her which she so deserved."

"Also it's about other children still as we walk around our city of high levels of air pollution," she said. "Her legacy would be to bring in a new Clean Air Act and for governments -- I'm not just talking about the U.K. government -- governments around the world to take this matter seriously."

World News // 2 hours ago
Fuel price surge hits Lebanon, worsening struggle for food, transport
BEIRUT, Lebanon, Oct. 26 (UPI) -- A new spike in fuel prices in Lebanon is spurred by the inability of the central bank to provide hard currency for fuel imports, the national currency in free-fall again and the rise in global oil prices. 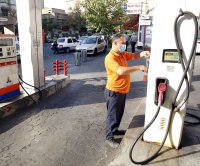 World News // 8 hours ago
Australia pledges to achieve net-zero emissions by 2050
Oct. 26 (UPI) -- Australia, a leading exporter of fossil fuels, said Tuesday it's pledged to lower emissions to net zero by 2050 and make other dramatic reductions by the end of this decade.

World News // 11 hours ago
Japan's Princess Mako marries fiance in Tokyo, gives up royal title
Oct. 26 (UPI) -- Japan's Princess Mako, the niece of Emperor Naruhito, gave up her royal title on Tuesday by marrying her college boyfriend in a ceremony devoid of the typical fanfare that accompany royal weddings in Tokyo.

World News // 10 hours ago
Roh Tae-woo, first president of South Korea's modern democracy, dies at 88
Oct. 26 (UPI) -- Roh Tae-woo, a South Korean activist who was involved in the 1979 military coup and later became the country's first democratically elected president, died on Tuesday at a hospital in Seoul. He was 88.