North Korea may have purchased a Russia-developed vaccine, according to a Japanese press report. Russia has denied the claims, according to Tass news agency. File Photo by KCNA/UPI | License Photo

Dec. 15 (UPI) -- North Korea purchased a coronavirus vaccine from Russia and ordered thermal imaging systems from China, according to a Japanese newspaper. Russia has denied the report.

The Asahi Shimbun reported Tuesday that Pyongyang is acquiring Russia's Sputnik V vaccine, approved for widespread public use by Moscow. The North Koreans may be importing the vaccine, the Asahi said, citing South Korean intelligence sources and a trade official at the China-North Korea border.

Russia has disputed the report.

A RDIF official told Tass there was "no signing of contracts" and no communication with Pyongyang on the vaccine.

According to the Asahi, the number of vaccine doses North Korea has purchased is unknown, but the vaccine could be being made available for members of the Korean Workers' Party.

North Korea has reported zero cases of COVID-19 to the World Health Organization since the beginning of the pandemic. In October, during the 75th anniversary of the founding of the Korean Workers' Party, leader Kim Jong Un claimed in his speech "not even one" North Korean had fallen victim to the "evil virus." More recently, the regime strengthened COVID-19 quarantine and screening procedures in Pyongyang, according to the Russian Embassy last week.

It is unclear whether Kim has been vaccinated against the coronavirus or there are plans underway for him to receive the Russian vaccine. A South Korean intelligence official who spoke to the Asahi said lack of transparency on the Russian vaccine could mean Kim is likely to not be vaccinated with Sputnik V.

North Korea may have also received shipments of thermal imaging systems, including cameras, from China. The cameras may have been installed at the North Korean border cities of Sinuiju and Sinuiju, according to the Asahi.

RELATED Experts weigh in on how Biden should approach North Korea

World News // 8 hours ago
Green Party formally agrees to join German coalition
Dec. 6 (UPI) -- The new German government took another step forward Monday when the Green Party announced it would be a part of a coalition with the Social Democrats and Free Democrats. 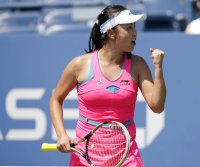