The Defense POW/MIA Accounting Agency said the remains of 36 soldiers have been accounted for during a yearlong remains recovery process from Oct. 1, 2019, to Sept. 30. File Photo by Staff Sgt. Mikaley Kline/U.S. Air Force/UPI | License Photo

Dec. 1 (UPI) -- Dozens of U.S. soldiers who went missing during the Korean War have been found and identified in the past year, but the search has been slowed by the coronavirus pandemic.

The Defense POW/MIA Accounting Agency said the remains of 36 soldiers have been accounted for during a yearlong remains recovery process from Oct. 1, 2019, to Sept. 30, Voice of America's Korean service reported Tuesday.

U.S. soldiers accounted for include Marine Private First Class Henry E. Ellis. Ellis was 22 years old when he was killed in action on Nov. 30, 1950. Ellis, who was accounted for on Sept. 29, was defending a convoy near Koto-ri, North Korea, according to the agency.

The number of remains recovered and identified is down from the previous year, when DPAA said it had accounted for 73 soldiers. The agency said the pandemic has reduced excavations, according to VOA.

North Korea began to return the remains of unidentified soldiers after leader Kim Jong Un and U.S. President Donald Trump met at their historic summit in Singapore in 2018.

The U.S. Department of Defense estimates about 7,500 U.S. troops remain missing in action. North Korea previously handed over remains to the United States, between 1990 and 1994, and between 1996 and 2006, according to VOA.

U.S. and South Korean officials recently observed the 70th anniversary of the battle of the Chosin Reservoir in Seoul. The battle marked a turning point in the war and culminated in a U.S. retreat from present-day North Korea.

Eyewitnesses who spoke to NPR last week said 120,000 Chinese troops launched attacks and drove out Korean civilians from their homes. Civilians were able to warn U.S. and South Korean troops of impending attacks, according to the report. 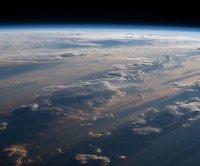 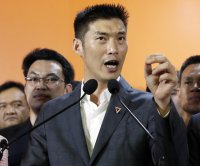