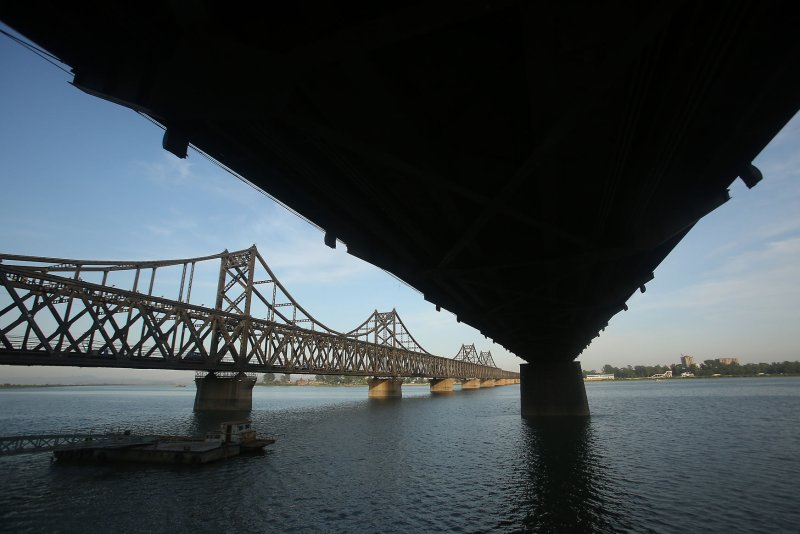 Nov. 17 (UPI) -- The China-North Korea border remains shuttered as the World Health Organization said more than 6,100 people were reported as suspected COVID-19 patients in the North since the start of the pandemic.

South Korean unification ministry officials said Tuesday they have detected no movements toward lifting restrictions at the 880-mile border, despite reports in October of a reopening, Yonhap and local paper Hankook Ilbo reported.

"There has not been any significant movements at the China-North Korea border," a South Korean official said. "New quarantine-strengthening measures were taken at the expanded politburo meeting [on Sunday] as other countries strengthen their quarantine measures in preparation for a winter wave of COVID-19. North Korea appears to be not moving the border blockade for the time being."

Seoul officials said North Korea is facing a dilemma. A nationwide lockdown would help curb the spread of the virus, but also pose challenges to the regime's impoverished economy.

Pyongyang's Rodong Sinmun warned North Koreans about a global resurgence of the coronavirus on Tuesday.

"The number of COVID-19 infections is increasing exponentially," the Rodong said. Citizens "must obey the national emergency defense measures."

The message comes after Kim Jong Un ordered officials on Sunday to "further intensify the anti-epidemic work, being aware of the important responsibility for the security of the state and the wellbeing of the people," according to KCNA.

North Korea previously claimed victory over the coronavirus and has reported zero cases to the World Health Organization since the beginning of the pandemic.

North Korean authorities have reported people exhibiting symptoms. According to the WHO, no cases had been reported as of November.

RELATED U.N. chief urges countries to 'get it right' on climate change by 2021

A total of 6,173 people have been reported as suspected patients since January, with 805 North Koreans receiving the designation between Oct. 22 and 29 "as a result of intensified surveillance."

World News // 17 hours ago
Former Vatican bank chief sentenced to 9 years for embezzlement
Jan. 22 (UPI) -- The former head of the Vatican bank was sentenced to almost nine years in prison for money laundering and a real estate embezzlement scheme during the pontificates of Pope John Paul II and Pope Benedict.

World News // 19 hours ago
British court sends 4 to prison for 2019 lorry deaths of 39 migrants
Jan. 22 (UPI) -- A British court on Friday sentenced four people to prison, including the ringleaders of a human trafficking operation, for the deaths of 39 Vietnamese migrants who died after being smuggled into Britain in 2019.

World News // 21 hours ago
U.N. official says rape, sexual violence rising in Ethiopia's Tigray conflict
Jan. 22 (UPI) -- A top United Nations official is demanding an end to sexual violence in the Tigray region of Ethiopia that has resulted from fighting between government forces and local factions.

World News // 21 hours ago
Japan, IOC reject report that officials expect to cancel Tokyo Olympics
Jan. 22 (UPI) -- Japan and the International Olympic Committee on Friday both denied a news report that claims officials expect they will have to cancel the upcoming Summer Games in Tokyo due to ongoing threats related to COVID-19.