Saad Hariri, shown with President Donald Trump during his first stint as Lebanon's prime minister on July 25, 2017, returns to the position Thursday after winning support from legislators. Photo by Zach Gibson/UPI | License Photo

Oct. 22 (UPI) -- Saad Hariri, who resigned as Lebanon's prime minister a year ago, was appointed Thursday to lead the country again during one of its most tumultuous times in decades.

Hariri, the son of late former Lebanon prime minister, Rafik Hariri, replaces Hassan Diab, who left office in August after devastating explosions at the Beirut port left hundreds dead and even more injured. The blasts happened as Lebanon was going through its worst currency crisis ever.

Hariri had secured enough support from Lebanese lawmakers Thursday to regain the prime minister's post. He pledged to quickly form a new cabinet of nonpartisan specialists to help guide Lebanon through its worst crisis since its civil war from 1975 to 1990.

Jan Kubis, the United Nations special coordinator for Lebanon, said Hariri cannot turn Lebanon around alone and will need pro-reform government legislators to work with him in concert.

"No country, moreover Lebanon in catastrophic free fall, can survive endlessly without an effective pro-reform government as the only way to start rescuing the country and its people from further collapse, from chaos and extremism," Kubis said.

Hezbollah, the militia and political faction that is backed by Iran, currently has control over Lebanon's affairs. While not mentioning Hezbollah's name, Kubis said it will be up to the "traditional political forces" to put Lebanon on the path to recovery.

"It is up to them to help [Hariri], the designated PM rapidly create an empowered, action-oriented government, to start delivering the well-known reforms. Do not count on miracles, foreign elections or external donors -- the rescue must start in Lebanon, by Lebanon."

Lebanon's current economic crisis has left it with large debts to other foreign countries at the same time its central bank reserves are shrinking.

France, Lebanon's most supportive Western ally, has called for its leaders to form a more technocratic government to build stability that in turn would allow it to gain more international support. 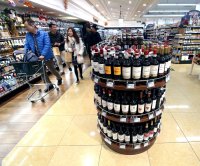 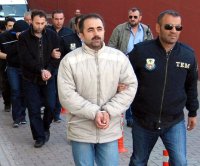