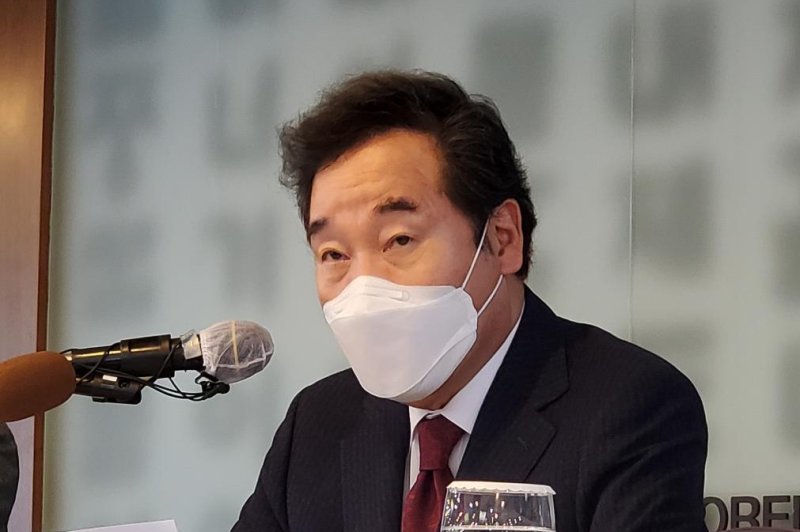 SEOUL, Oct. 21 (UPI) -- Lee Nak-yon, chairman of the South Korea's ruling Democratic Party, said Wednesday he believes a tense inter-Korean relationship shows signs of improving and suggested that working together to battle COVID-19 and other public health issues could be a key step forward.

Lee, who served as prime minister from 2017 to the beginning of 2020, is considered one of the leading candidates to succeed President Moon Jae-in when his term expires in 2022.

"A permanent peace should be secured on the Korean Peninsula," he said at a press briefing in downtown Seoul. "As a first step, I propose to North Korea starting inter-Korean cooperation in disease prevention and public health."

"This is the time for us to come up with the breakthrough to the stalemate in relations between the two Koreas."

At the parade, which celebrated the founding of North Korea's ruling Workers' Party, Kim offered conciliatory remarks toward South Korea, wishing the country a fast recovery from the coronavirus pandemic and hoping "the day would come when the North and South take each other's hand again."

North Korea also showed off a wide range of modern military equipment, including a new submarine-launched missile and a large intercontinental ballistic missile that's been the focus of international concern.

Kim did not mention the United States by name in his remarks, but declared that the North's military buildup was intended as a means of deterrence and vowed not to use the weapons "as a means for a pre-emptive strike."

Relations have been strained on the Korean Peninsula over the past several months, with North Korea cutting off all communications with the South and blowing up a shared inter-Korean liaison office in June.

Last month, North Korean soldiers shot and killed a South Korean fisheries official who had floated across the maritime boundary, prompting a rare apology from Kim.

Lee condemned the actions as "tragic, violent and anti-humanitarian behavior" from North Korea, but said that military tensions between the two Koreas are being reduced. He added that ongoing international sanctions have made inter-Korean progress difficult and that focusing on limited projects such as public health cooperation could move things forward.

"No matter how hard we've tried to improve inter-Korean relations, the South Korean government's efforts are under the umbrella of strong sanctions imposed by the international community," he said.

"In this context I believe that inter-Korean cooperation improvement efforts should be made starting from small deals and small-scale cooperation projects between the two Koreas," he added. "By doing so, we can create a culture of mutual trust and compliance with past agreements."

Lee said he's looking toward a New Year's public address by Kim, as well as an upcoming party congress in January, for the North Korean leader to reset inter-Korean policy.

"I believe that in the beginning of next year, there will be another big chance coming into inter-Korean relations."

The former prime minister also noted that the South Korean government will be watching the upcoming presidential election in the United States with an eye toward its impact on North Korean policy.

Nuclear negotiations between Pyongyang and Washington have stalled since a summit with Kim and U.S. President Donald Trump in Hanoi, Vietnam, last year failed to produce an agreement.

Lee stressed that it's vital for Washington to keep North Korea as a high priority, especially if there is a change in administrations.

It is important that the foreign policy review period of the newly elected U.S. government not last too long," he said. "Usually, we believe that the review period will take around one year. However, that one year is too precious a time to wait."