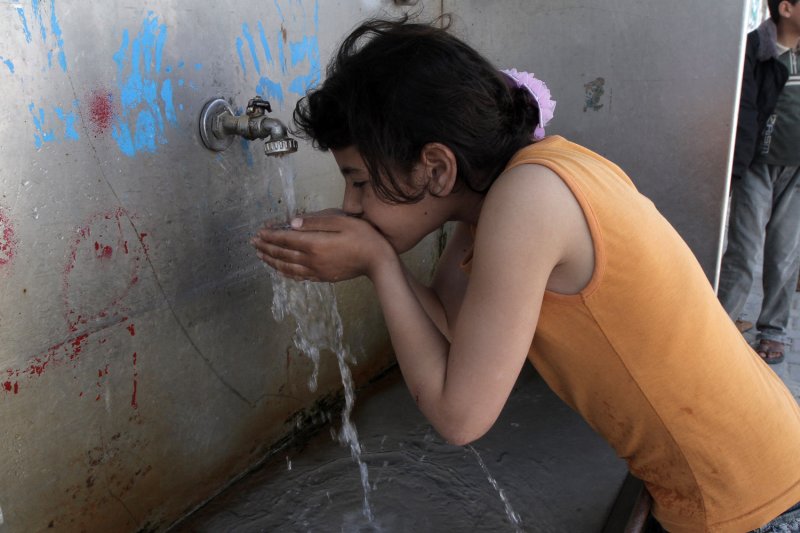 A young child drinks the water from a tap at the United Nations Relief and Works Agency headquarters in the southern Gaza Strip refugee camp of Rafah. File Photo by Ismael Mohamad/UPI | License Photo

Oct. 16 (UPI) -- When it comes to the safety of food, water and electricity provided for their citizens, Singapore, the United Arab Emirates and Bahrain are the world's top-ranking nations, according to a survey Friday.

Gallup surveyed more than 150,000 people in 142 nations for the World Risk Poll and asked if their governments do a good job ensuring food, water and power safety.

The index, compiled in conjunction with the Lloyd Register Foundation, is a composite ranking of how well governments worldwide provide safety for the three necessities.

Switzerland, Rwanda, the Netherlands and Sweden round out the top 10.

"Singapore frequently appears at the top of several Gallup World Poll indexes that capture the strength of the country institutions," Gallup wrote. "For example, Singapore has topped Gallup's Law and Order Index for the past five consecutive years."

Pakistani children line up to receive food at a makeshift camp in Swabi, Pakistan. File Photo by Sajjad Ali Qureshi/UPI

The United States performed moderately, as 64% of Americans said the government does a good job ensuring food safety. Sixty-three percent agreed when it comes to water and 81% said they feel power lines in their communities are safe.

"The country in which people reside is a critical factor in understanding why people express different levels of confidence in their government's safety performance," Gallup noted. "Individual ratings of how well a government is functioning in safety-related issues are shaped, to some degree, by the economic, political, or cultural context of the society in which they live."

Gallup said the survey showed people are more concerned about the safety of their water supply than food and power, and those who feel a "social trust" with their governments scored higher.

"The ability to safely provide these types of essential provisions is one of the foremost obligations of any government," it added. "As such, the [index] is a barometer of how people assess their respective governments' ability to carry out these crucial responsibilities. 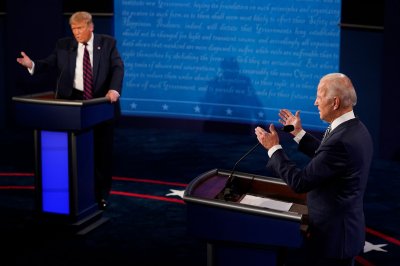