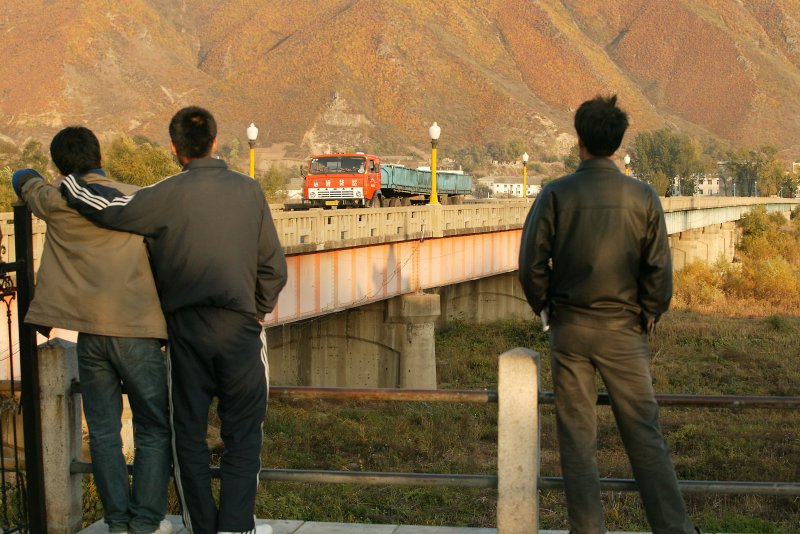 Oct. 15 (UPI) -- Chinese authorities may have allowed 10,000 North Korean guest workers into the country in violation of international sanctions.

Quoting multiple sources on China-North Korea trade, Japan's Mainichi Shimbun reported Thursday the workers arrived in the northeastern Chinese city of Hunchun. North Korea has also begun to accept cargo ships at three of its ports, including at Nampo and Chongjin. In November, China and North Korea are expected to resume operation of freight trains for the first time since the coronavirus pandemic, the report says.

According to the Mainichi's sources, about 200 North Korean workers have been arriving in China daily. The North Koreans must undergo a 10-day quarantine at a preapproved accommodation facility in Jilin Province, which faces the North Korean border.

Some of the workers are assigned to work at a large factory called the "International Institute of Intelligent Manufacturing Management," where well-known Chinese clothing brands are assembled, according to the Mainichi. The article did not mention multinational labels. In 2016, Australian sports brand Rip Curl apologized after discovering some of its products were made in factories using North Korean labor.

Sources said North Korean workers have also been sent to work in Chinese-run restaurants and wedding halls. Under United Nations Security Council sanctions Resolution 2375, U.N. member states are banned from employing North Korea's state-sanctioned laborers. The workers may have been issued non-employment visas to circumvent some of the restrictions, the report says.

North Korea could be allowing laborers to work abroad because of ongoing economic challenges. On Saturday at the 75th anniversary of the Korean Workers' Party, leader Kim Jong Un said the "remaining task" for the country is to "allow our people to enjoy a prosperous life without suffering."

The military parade commemorating the anniversary included the unveiling of new weapons, including a submarine-launched ballistic missile.

World News // 19 minutes ago
ITF says it won't 'punish' people in China over concerns for tennis player Peng Shuai
Dec. 6 (UPI) -- Just days after the Women's Tennis Association said it would not stage any tournaments in China over concern about the well-being of Peng Shuai, the International Tennis Federation has declined to do the same. 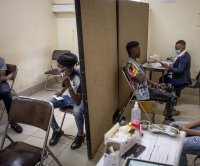 World News // 1 day ago
Biden anticipates 'long conversation' with Putin about Ukraine plans
Dec. 4 (UPI) -- President Joe Biden said he is expecting a "long discussion" about the threat of an offensive against Ukraine during an upcoming video conference with Russian President Vladimir Putin.
Advertisement