Import and export business is seen at one of China's top ports, in Nansha, China, on the Pearl River in Southern China's Guangdong Province. File Photo by Stephen Shaver/UPI | License Photo

Oct. 8 (UPI) -- The World Trade Organization, for the first time in its history, will name a woman to lead the economic group in the coming weeks.

The WTO on Thursday narrowed its list of finalists for the director-general position to Yoo Myung-hee of South Korea and Ngozi Okonjo-Iweala of Nigeria. One of the two will succeed Roberto Azevedo as WTO chief.

The organization said a decision could be made during the third phase of consultations between Oct. 18 and Oct. 27.

"Our aim continues to be to encourage and facilitate the building of consensus among members, and to assist in moving from this final slate of two candidates to a decision on appointment," WTO General Council Chair David Walker said in a statement.

"As this is the final round of the consultation process, it should bring us to the point where we can make a recommendation to the General Council concerning that decision."

Yoo is a veteran trade delegate, with her involvement in South Korean government dating back 25 years. She is credited with working on large, bilateral trade deals with the United States and Britain.

Okonjo-Iweala has served as Nigerian finance minister and foreign minister and is seen by many as an outsider. Her experience includes serving as managing director of The World Bank Group from 2007 to 2011.

"It was clear that members consider them individuals of outstanding qualifications," Walker added. "I am sure you will all agree with us that in participating in the selection process, the candidates have all made a significant contribution to the standing and image of the WTO."

Azevedo announced his resignation in May and he left office at the end of August, even though he still had one year remaining in his term.

World News // 9 hours ago
Massive hailstone smashes Australian record
A severe thunderstorm in Australia smashed its way into the record books in a town not far from the country's northeastern coast. 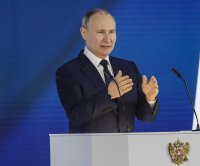 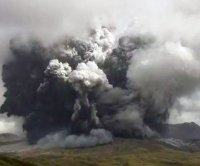