Court rules Venezuela can claim $1.8B in gold stored in Britain

The Venezuelan government has been keeping about $1.8 billion worth of gold in the Bank of England in London, Britain. File Photo by Andy Rain/EPA-EFE

Oct. 5 (UPI) -- A British appeals court in London overturned a lower ruling Monday to clear the way for the Venezuelan government to receive a stash of gold worth nearly $2 billion it had stored in the Bank of England.

A lower court ruled this summer that President Nicolas Maduro's government could not lay claim to the gold because the British government had recognized opposition leader Juan Guaido as the "constitutional interim" president of Venezuela.

The appeals court, in setting aside the earlier decision, ruled that the British Home Office needed to clarify its position and noted that London still maintains full diplomatic relations with Maduro's government.

The Venezuelan government had said it needs the gold for humanitarian purposes due to the COVID-19 pandemic.

Maduro remains in control of the Venezuelan government and its military.

The Banco Central de Venezuela sued the Bank of England in May to control its gold. Maduro initially asked the bank to remove the gold in 2018, which was then worth about $550 million. The stash now is estimated to be worth $1.8 billion.

World News // 25 minutes ago
At least 8 killed by gunman in shooting spree at Russia's Perm State University
Sept. 20 (UPI) -- At least eight people were killed and more than two dozen were injured at a university campus in central Russia on Monday after authorities say a gunman opened fire and targeted victims at random. 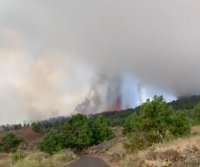 World News // 18 hours ago
Malaysia COVID deaths spike with sixth-most in week; world down 5%
Sept. 19 (UPI) -- Malaysia has become a coronavirus hotspot with the sixth-most death among nations last week despite overall being only 31st as world's fatalities declined 5% and cases 9%.

World News // 1 day ago
DHS accelerates flights to deport migrants to Haiti amid Texas border surge
Sept. 18 (UPI) -- The Department of Homeland Security said Saturday it has ramped up deportation flights to Haiti this weekend amid an increase in migrants at the border in Texas.
Advertisement