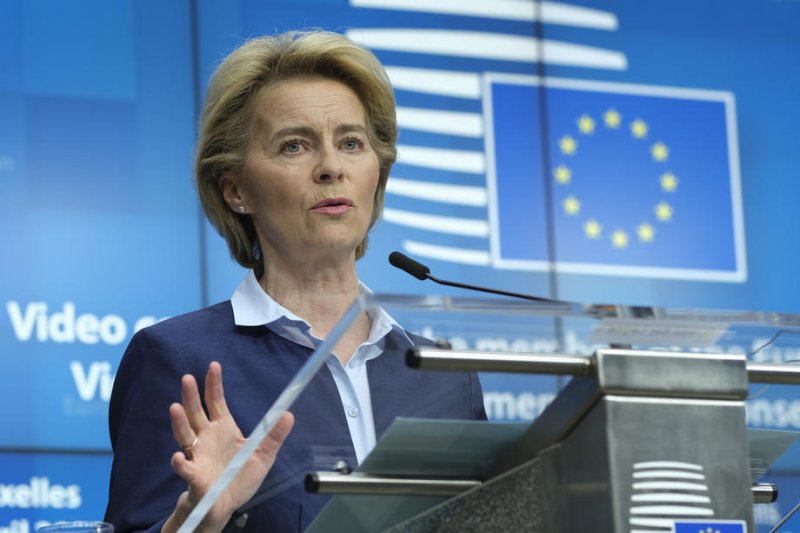 Oct. 1 (UPI) -- The European Union said Thursday it will take legal action against the British government for violating the terms of their Brexit agreement.

Johnson started pushing last month for an "internal market" bill that would allow the government to modify or "disapply" Brexit rules related to shipping goods between Britain and Northern Ireland, if London and the EU fail to reach a trade agreement by the end of the transition period on Jan. 1.

Von der Leyen announced the legal move on Thursday after Britain failed to dismiss the legislation by the start of October, despite multiple warnings.

"This draft bill is -- by its very nature -- a breach of the obligation of good faith laid down in the withdrawal agreement," von der Leyen said in a statement. "If adopted as is, it will be in full contradiction to the protocol on Ireland/Northern Ireland."

A representative of Johnson's government acknowledged the move, saying Britain has a right to protect its markets.

"We will respond ... in due course," the spokesperson said. "We have clearly set out our reasons.

"We need to create a legal safety net to protect the integrity of [Britain's] internal market, ensure ministers can always deliver on their obligations to Northern Ireland and protect the gains from the peace process."

If British lawmakers pass the bill, the matter could end up in the EU Court of Justice.

If both sides fail to resolve the issue before the middle of October, the prospect of a no-deal exit will again become a possibility. Britain formally left the EU in January, at which point they entered a transition period to iron out details of their future trade agreement.