South Korea is raising its defense budget for the next fiscal year, a move that is being condemned in North Korean state media. File Photo by Jeon Heon-kyun/EPA-EFE

Pyongyang propaganda service DPRK Today said Wednesday the South Korean decision to spend more on troops and weapons development raises tensions on the peninsula and could lead to an arms race.

"Whoever enjoys fire will be burned by fire," state media said in a warning to the administration of South Korean President Moon Jae-in.

"South Korean authorities should keep in mind that a reckless arms buildup is a self-defeating act of digging one's own grave," DPRK Today stated. "It will drive South Korea into a terrible disaster."

"Is this for the reconciliation of a unitary Korean people?"

South Korea has submitted a new defense budget for the next fiscal year, which reflects a 5.5% increase to $45.1 billion. The budget has been submitted to the National Assembly, Yonhap reported Wednesday.

North Korea could be nervous about the South's growing military power. South Korea is one of the 10 most powerful militaries in the world in 2020, ranking No. 6 behind the United States, Russia, China, India and Japan, according to Global Firepower's index. North Korea ranks No. 25.

Kim suggested the South's military is no match for the North Koreans. The passage was dismissed in Seoul on Wednesday during a personnel hearing for Suh Wook, Seoul's defense minister nominee, according to Newsis.

World News // 6 hours ago
Nagorno-Karabakh fighting enters 3rd day; world leaders urge talks
Sept. 29 (UPI) -- Fighting between Armenian and Azerbaijani forces in the disputed enclave of Nagorno-Karabakh continued for a third day Tuesday as appeals for a cease-fire were issued by international leaders.

World News // 6 hours ago
Japan pledges to remove 'comfort woman' statue in Berlin
Sept. 29 (UPI) -- The Japanese government vowed to get rid of a newly erected "comfort woman" statue in Berlin, a day after activists in Germany held an inauguration ceremony for the symbol of Japanese wartime exploitation of women.

World News // 12 hours ago
Brother denies slain South Korean official had planned to defect
SEOUL, Sept. 29 (UPI) -- The brother of the South Korean fisheries official killed last week by North Korean soldiers criticized the government's response to the incident on Tuesday and denied allegations that his brother had intended to defect. 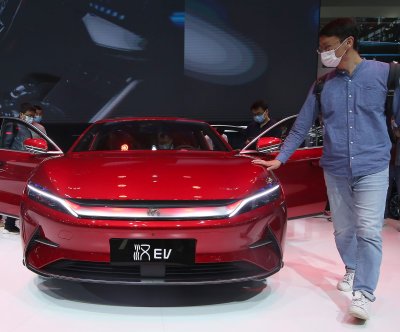