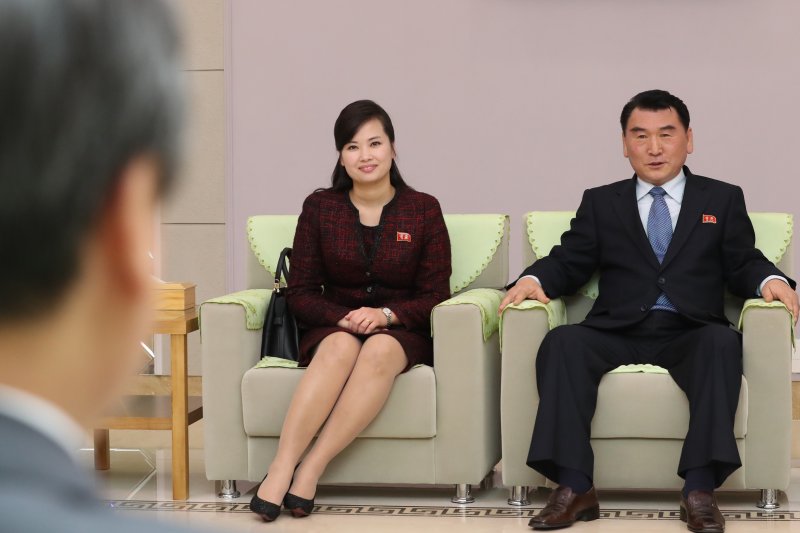 Sept. 14 (UPI) -- Kim Yo Jong continues to remain out of the public spotlight ahead of an October anniversary and the U.S. presidential election in November, after last being seen on July 27 at a public event marking the 67th anniversary of the Korean War Armistice Agreement.

Kim Yo Jong, the younger sister of North Korean leader Kim Jong Un, became more prominent on the political stage following her appointment to the Politburo in April. She has also issued statements addressing the United States and South Korea in her name.

Kim Yo Jong has been missing from recent field guidance visits. As recently as July 22, she was seen at her brother's side at the Kwangchon Chicken Farm.

Meanwhile, Hyon was seen in North Korean television footage that aired on Saturday of Kim Jong Un's visit to Taechong-ri village in North Hwanghae Province, wearing dark slacks and a short-sleeved beige jacket. She was the only woman in the entourage inspecting typhoon damage.

Kim Yo Jong, who could be taking a hiatus from her public appearances until October, is likely to take on a more prominent role in U.S. affairs for Pyongyang, according to News 1's analysis. In July, she said she had watched DVDs of July 4 celebrations.

Kim Yo Jong is mentioned in journalist Bob Woodward's new book Rage on the Trump White House. The North Korean official was allegedly unable to take a joke from Andrew Kim, the former head of the CIA's Korea Mission Center, when he and U.S Secretary of State Mike Pompeo visited Pyongyang in May 2018.

Andrew Kim reportedly told Kim Jong Un in jest that cigarettes are bad for his health, a statement that took Kim Yo Jong and others by surprise. North Korean first lady Ri Sol Ju reportedly salvaged the situation when she said she tells her husband the same thing, the Chosun Ilbo reported, citing Woodward's book on Monday.

World News // 11 hours ago
'Rude' South Korea penguin invited to attend parliament
Sept. 25 (UPI) -- A South Korean penguin character with a reputation for making curt remarks and sneering at its boss has been requested to take part in a parliamentary audit.

World News // 14 hours ago
Kim Jong Un apology for South Korean death not enough, defector says
Sept. 25 (UPI) -- A high-profile North Korean defector and lawmaker said a tougher South Korean response is needed in the wake of the slaying of a South Korean official in North Korea, following his disappearance at sea on Monday.

World News // 14 hours ago
EU appeals $15B Apple-Ireland antitrust setback to highest court
Sept. 25 (UPI) -- The European Union said Friday it will appeal a court decision that dismissed a claim against Apple that said Ireland unlawfully granted billions in aid to the U.S. tech company.

World News // 14 hours ago
At least 2 stabbed in Paris near site of 2015 Charlie Hebdo attack
Sept. 25 (UPI) -- French police arrested a man Friday after they say he stabbed at least two people outside the former offices of satirical newspaper Charlie Hebdo, which was the scene of a deadly terrorist attack five years ago.