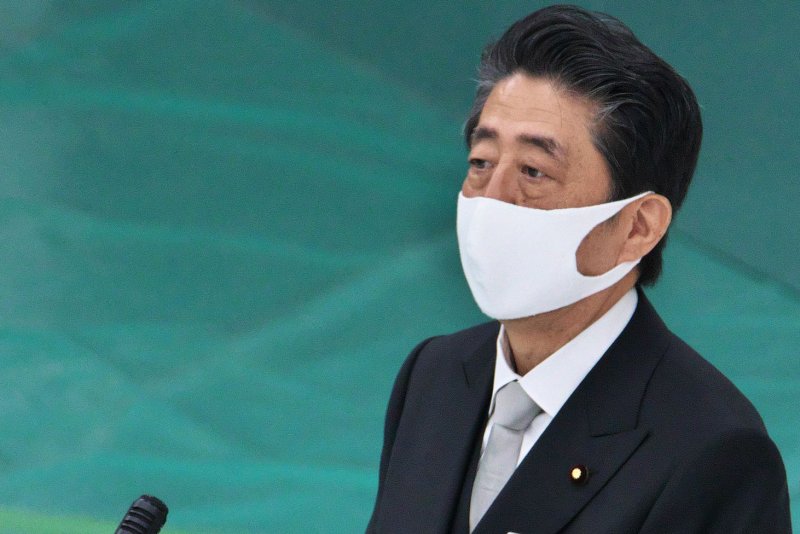 Aug. 27 (UPI) -- Japanese Prime Minister Shinzo Abe met with the chief of the U.S. Space Command on Thursday amid reports of illness.

Abe, who last made contact with a foreign official in late February, met with Gen. John W. "Jay" Raymond, the first chief of space operations of the U.S. Space Force at the prime minister's official residence, NHK reported Thursday.

During the meeting Abe stressed the importance of the U.S.-Japan alliance amid the worldwide coronavirus pandemic.

"Let us strengthen solidarity and cooperation, including in the field of space, in order to strengthen deterrence and the response capabilities of the U.S.-Japan alliance," Abe said, according to reports.

Japan is growing increasingly wary of Chinese assertions in the East and South China Seas, in addition to advances in North Korean weapons. Abe met with Chinese politburo member Yang Jiechi in February, when Tokyo was planning a summit between Abe and Chinese leader Xi Jinping. Talks regarding the summit have not resumed as coronavirus cases rise in Japan.

On Thursday, Raymond said the situation in outer space is serious, and described Japan as an important partner in space, according to Japanese press reports.

Abe made the public appearance after another visit to Keio University Hospital in Tokyo on Monday.

Local news magazine Shukan Bunshun reported this week Abe had visited the hospital earlier in the month to receive transfusions of granulocytapheresis, or GCAP, which can be used to treat inflammatory bowel disease. Japanese magazine Flash had previously reported Abe is suffering from ulcerative colitis, a disease with no known cure.

Shigeru Ishiba, a rival politician in the ruling Democratic Party, has been named as a likely successor in local media, but an "emergency election" could stymie Ishiba's rise to power, according to Shukan Bunshun.

Chief Cabinet Secretary Yoshihide Suga could succeed Abe as interim prime minister until the end of the pandemic. Deputy Prime Minister Taro Aso could then assume office, the report says.

World News // 7 hours ago
Global number of refugees, forcibly displaced people passes 100M
May 23 (UPI) -- The number of global refugees and people forcibly displaced from their homes passed 100 million for the first time amid the war in Ukraine and other conflicts, the United Nation's High Commissioner for Refugees said.

World News // 10 hours ago
5.5-magnitude quake strikes in Japan off coast of 2011 Fukushima disaster site
May 23 (UPI) -- Scientists say that a strong earthquake was recorded off the coast of Japan -- near Fukushima, which was the site of a nuclear accident a decade ago that was triggered by a quake.