Aug. 17 (UPI) -- Spain's Royal Household confirmed Monday that emeritus king, Juan Carlos I, is in United Arab Emirates after uncertainty since he went into exile two weeks ago amid financial scandals.

Carlos I announced on Aug. 3 that he would go into a self-imposed exile that would be "the best for Spain and for the Crown," amid multiple financial scandals, prompting a guessing game of where he was.

Days later NIUS media group published a photo of a man descending an aircraft who looked like him. Then, a Spanish national newspaper ABC reported that Carlos I had been staying at Abu Dhabi's Emirates Palace Hotel since leaving Spain on a private jet.

A spokesperson for Spain's Royal Household confirmed Monday that the former king had left on Aug. 3 to go to the UAE "where he remains at present."

Before his location was confirmed Monday, Justice Minister Juan Carlos Campo said that Carlos I would return to Spain if called to appear in court as part of the financial probe.

Carlos I, 82, ruled from 1975 until his abdication from the throne to his son Crown Prince Felipe in 2014 amid financial irregularities and accusations of bribery.

In March, King Felipe VI renounced his personal inheritance and annual $215,000 stipend from his father who's being investigated for accepting illegal kickbacks. The cutting of ties came amid Felipe learning that he is a beneficiary of one of the foundations used for the alleged kickbacks. For instance, authorities suspect the foundation, Lucum, took a $100 million payment from Saudi Arabia in 2007 as a kickback for a contract to build the AVE high-speed rail link to Mecca.

In June, Spain's Supreme Court started an investigation into the role Carlos I played in the high-speed rail line contract, prompting the former king's recent exile as pressure mounted over the the allegations.

The Royal Household did not specify Monday where Carlos I was in Abu Dhabi or answer questions about how long he will stay there. 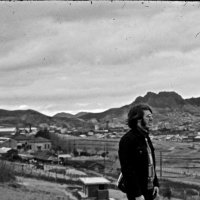 World News // 16 hours ago
U.S. witness to 1980 South Korea massacre recalls brush with death
NEW YORK, Dec. 4 (UPI) -- The 1980 slaughter of South Korean civilians in Gwangju had an unlikely eyewitness in a former U.S. Peace Corps volunteer who smuggled himself into the city during the military crackdown.