A boat carrying migrants wait to disembark at a port in Dover, Britain, on Thursday. Hundreds of refugees from Syria and other nations experiencing unrest have arrived by crossing the English Channel for 10 straight days, officials said. Photo by Andy Rain/EPA-EFE

Aug. 13 (UPI) -- Migrants arrived on the British coast on Thursday after crossing the English Channel for an unprecedented 10th straight day, officials said.

The refugees were met by a Border Force patrol boat and taken to shore. The arrivals came after dozens were detained in Kent on Wednesday. Officials said a record number of migrants, 235, had arrived on one day last week.

Most of the refugees are from Syria and other Middle Eastern nations experiencing unrest.

More than 4,000 people have successfully crossed the English Channel in hundreds of boats so far this year, according to government figures. Sky News reported that the influx of refugees so far this year has been five times higher than the same period in 2019.

The Royal Air Force dispatched a surveillance plane to patrol the English Channel for the first time this week, as British Prime Minister Boris Johnson and Home Secretary Priti Patel stepped up responses to the growing arrivals.

Patel last week called the crossings "shameful" and said she was working to make the route unpassable, by preventing boats from leaving France and intercepting those attempting to cross.

Johnson has promised new laws to block migrants crossing the English Channel, characterizing them as "very bad," "dangerous" and "criminal."

The prime minister said his government is cooperating with French officials to hinder migrant crossings, many of which he said are being aided by criminal gangs.

World News // 2 hours ago
Denmark, Britain head surge of COVID-19 Omicron variant from South Africa
Dec. 5 (UPI) -- Twelve days after the first COVID-19 Omicron case was reported in South Africa, the variant has spread to around 42 countries but no fatalities with Britain and Denmark hotspots. 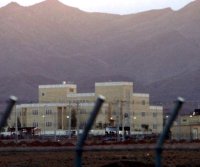 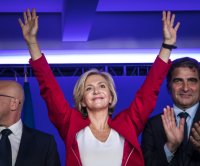