A week after Typhoon Hagupit's damaging strike on eastern China, another tropical system is targeting the country.

On Sunday night, local time, a tropical depression emerged in the South China Sea, just west of the island of Luzon in the northern Philippines. The tropical system eventually strengthened into a tropical storm, and was given the name Mekkhala by the Japan Meteorological Agency.

This same tropical storm is also referred to as Ferdie in the Philippines.

As it continues to move north through Tuesday, Mekkhala is expected to make landfall in China during the morning, near the city of Quanzhou. Other cities along the populous coast of the Fujian province include Xiamen and Fuzhou.

Widespread rainfall amounts of 1 to 3 inches are possible across this region. This amount of rainfall can lead to areas of flooding and even mudslides, especially in the mountains.

Areas near landfall, especially just east of where Mekkhala moves ashore, could also experience coastal flooding. Gusty winds will also follow the center of the storm and could bring wind gusts up to 53 mph.

Impacts will not be limited to just China. Heavy rainfall in Taiwan will continue through Tuesday, threatening much of the island with heavy, flooding rainfall. In the mountainous regions of the island, mudslides will also be possible.

AccuWeather meteorologists expect Mekkhala to fall apart rather quickly Tuesday afternoon after making landfall as it moves over the mountainous terrain of eastern China. Still, heavy rain could be a threat through Tuesday night or early Wednesday as far north as the southern half of the Zhejiang Province.

Some of the same areas hit by heavy rain from Hagupit will be doused with another round of tropical rainfall through Tuesday night.

Hagupit forced over 200,000 residents in China to evacuate prior to the storm's arrival. The potent storm created wave heights of 13.8 feet as it made landfall.

Rui'an reported 8.33 inches of rainfall, while 7.68 inches fell in Xianju from Hagupit.

World News // 12 hours ago
EU regulator recommends Paxlovid COVID-19 pill for at-risk adults
Jan. 27 (UPI) -- The European Medicines Agency on Thursday recommended Pfizer's Paxlovid antiviral COVID-19 pill for treatment in adults who do not require supplemental oxygen and who are at increased risk of severe disease. 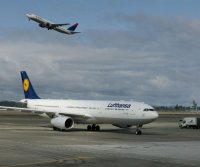