An activist ties a Brazilian national flag along with red balloons and crosses honoring victims of the coronavirus pandemic in Brazil, at Copacabana beach in Rio de Janeiro on Saturday. Photo by Antonio Lacerda/EPA-EFE

Aug. 9 (UPI) -- Brazil has joined the United States as the only nations to surpass 100,000 deaths and more than 3 million cases in a coronavirus pandemic that passed 730,000 fatalities and neared 20 million cases worldwide.

Mainland China became the epicenter but as the virus has spread to other parts of the world, the nation has fallen into 26th place with 4,634 deaths and none since April 26. The United States has been No. 1 for several months in deaths, now more than 165,000, and cases, 5.1 million.

Shortly after the Brazilian Health Ministry announced the country's coronavirus death toll had surpassed 100,000, Brazilian President Jair Bolsonaro published a photo of himself on his official Facebook account celebrating the victory of his soccer team, Palmeiras, in the Sao Paulo championship.

Bolsonaro is wearing a Palmeiras T-shirt and making a hand gesture in the shape of a heart. A message on the photo reads: "Congratulations Palmeiras champion of Sao Paulo 2020." The game against Corinthians was played without any fans Saturday afternoon.

The president, who has contracted the virus himself, didn't acknowledge the grim milestone.

RELATED Study: N95 masks without valves most effective against COVID-19

On Thursday, Bolsonaro said, "We regret all the deaths, right? The number is reaching one hundred thousand. We are going to get on with life and look for a way to get away from this problem."

He later said there was an error in diagnosing the cause of deaths in Brazil. The president also has favored economic recovery over dealing with the health crisis.

Brazil has nearly two-thirds of the 158,324 deaths in South Americ. Peru is in 10th place overall in the world with 20,844, including 195 more fatalities announced Saturday. Colombia, which reported 290 deaths, is in 12th, and Chile is 14th with an additional 53.

Another Latin American nation, Mexico, is third with 52,006 deaths, including 695 more Saturday. And the nation is sixth with 475,902 cases.

A travel ban exists between Mexico and the United States through Aug. 20. The U.S. also has a travel ban with Canada through that date though Canada extended its own ban to its neighbor through Aug. 31.

In North America, the pandemic has been largely concentrated in the U.S. and Mexico.

Canada has reported 8,945 deaths, including six fatalities Saturday, as well as 236 cases in 17th place.

On Sunday, at least nine people died in a fire at Swarna Palace, hotel being used to treat patients in Vijayawada, a city in the southern Indian state of Andhra Pradesh. Thirty patients and 12 medical staff were in the facility during the fire. An electrical short circuit is initially suspected as causing the fire.

Also, India's junior minister for Parliamentary Affairs and Heavy Industries has tested positive for coronavirus. Arjun Ram Meghwal a few weeks ago promoted a brand of spiced snack called "Bahabhi Ji" papad, which he claimed could ward off the deadly virus.

Although the first death originated in China, the virus has been largely contained in the Far East.

Japan has seen a spike in cases as its death toll passed 1,000 last week.

The National Governors' Association filed a request Saturday to increase the grants, which now total $28.3 billion, for local governments for medical needs as well as economic for bars, restaurants and other businesses that suspend operations in cooperation with local governments.

In China, tourists are finally returning to the main attractions in Wuhan where the pandemic was concentrated. On Sunday, the Yellow Crane Tower reached its maximum daily capacity of 25,000 people and issued a message on social media asking people to stay away.

The outbreak shifted to Europe as Italy became the epicenter.

Currently, Italy is among four nations in the top 10 for most deaths. But Italy has dropped to sixth place. Britain is fourth with France seventh and Spain eighth.

Those are dramatically lower numbers than on March 27 the nation reported 917 people had died and there were 5,907 cases.

The nation was among the first to institute a lockdown. Nightclubs and schools remain closed with social distancing enforced and masks required. But people are going out for dinner at restaurants.

He said it is "moral duty" to reopen schools next month.

In an opinion piece in the Daily Mail, he said it was "crucial" for children's welfare, health and future that they return to the classroom full time. "We can do it -- and we will do it. Social justice demands it."

Since the lockdown was imposed in March, most British schoolchildren have been at home.

"This pandemic isn't over, and the last thing any of us can afford to do is become complacent," Johnson wrote. "But now that we know enough to reopen schools to all pupils safely, we have a moral duty to do so."

France and Spain haven't been reporting data on weekends.

Some other European countries formerly were in the top 10 but have reported few deaths lately.

No. 15 Belgium announced four deaths Sunday with none by No. 16 Germany and No. 18 Netherlands.

Australia has been experiencing a spike in deaths, including a record 17 Sunday, all in the state of Victoria, and 87 over one week for a total of 295. On July 1, the death toll was 104.

Despite strict social-distancing measures in Victoria, the numbers have been rising and Premier Daniel Andrews' actions have been criticized.

"Victorians are entitled to know more and to get the answers," Frydenberg said Saturday.

New Zealand, also in Oceania, has 22 deaths with the last fatality on May 28. The nation's cases are 1,569 with none since two on Thursday.

South Africa reported the fifth-most most additional cases in the world, 7,712, behind India, United States, Brazil and Colombia.

More than half of Africa's cases are in South Africa.

Nigeria, the African nation with the largest population, has tested less than 1% of its 200 million inhabitants as of Friday. The nation has 46,140 cases and 942 deaths.

"We recognize that improving access to testing for COVID-19 is a major priority. We will continue to work closely with other stakeholders and partners to ensure that Nigerians can be tested in a timely manner that will also contribute to the control of this outbreak," Chike Ihekweazu, director of the Nigerian Center for Disease Control, told CNN. 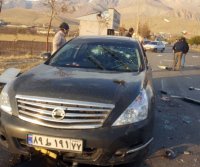