Virgin Galactic's supersonic aircraft would be capable of cruising at 60,000 feet on the edge of space, the company said. Illustration courtesy Virgin Galactic

Virgin Galactic said the milestone follows the completion of a "Mission Concept Review" in coordination with NASA and the FAA. Illustration courtesy Virgin Galactic

The company released first-stage designs of the proposed aircraft, which would accommodate as many as 19 passengers and fly at an altitude above 60,000 feet.  Illustration courtesy Virgin Galactic

The company released first-stage designs of the proposed aircraft, which would accommodate as many as 19 passengers and fly at an altitude above 60,000 feet.

Virgin also announced a memorandum of understanding with British engine maker Rolls-Royce, which calls for "sustainable, cutting-edge propulsion systems" for the aircraft, which is designed to reach a top flight speed of Mach 3.

No supersonic airliner has been in service anywhere in the world since the British-French Concorde was retired in 2003. Its engines were designed by Rolls-Royce.

Virgin Galactic said the milestones follow the completion of a "Mission Concept Review" in coordination with NASA and the U.S. Federal Aviation Administration, which ensured that the plane's design concept can meet requirements and objectives of the mission.

"We have made great progress so far, and we look forward to opening up a new frontier in high speed travel."

RELATED Space tourists might rise above Earth with hydrogen balloons

"This marks an exciting step forward in Virgin Galactic's development of a new generation of high speed aircraft," the company said in a statement.

"Last week, the FAA's Center for Emerging Concepts and Innovation reviewed the project direction and authorized FAA resources to work with the Virgin Galactic team to begin to outline a certification framework during the pre-project guidance phase."

Virgin Galactic also encompasses efforts to develop reusable spacecraft capable of sending tourists to the edge of space for about $250,000 per passenger. Virgin has said it's in final test stages and has already received hundreds of cash deposits.

Branson sold off millions of shares in Virgin Galactic in May to aid the Virgin Group's travel business amid depressed demand brought on by the COVID-19 pandemic.

A number of U.S. and foreign companies have spent millions in recent years hoping to restart commercial supersonic travel. Aerion is planning to build supersonic passenger jets at a factory near Cape Canaveral, Fla., with the first planes built in 2023 and testing to begin in 2024. 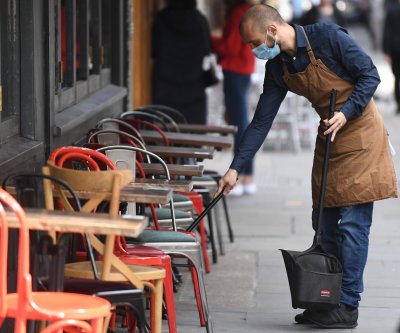 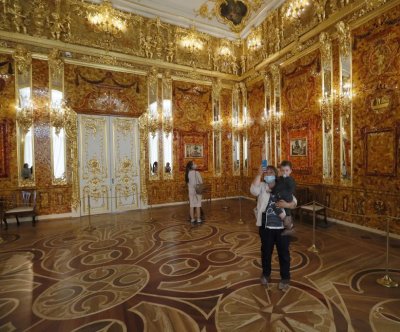 World News // 7 hours ago
North Korea imports of refined fuel plummet amid COVID-19
Oct. 1 (UPI) -- North Korea imported 142 tons of refined petroleum from China in August, a significant drop in imports from July, according to a report from the United Nations Security Council.

World News // 10 hours ago
EU threatens Britain with legal action over bill to override Brexit deal
Oct. 1 (UPI) -- The European Union said Thursday it will take legal action against the British government for violating the terms of their Brexit agreement.