A storm drain that was open during heavy downpours in recent weeks may have been used as an escape route for a North Korean defector who has been charged with sexual assault in the South, according to South Korean authorities on Monday. Photo by Yonhap/EPA-EFE

July 27 (UPI) -- A North Korean defector accused of sexually assaulting another defector in the South swam back across the border, South Korean authorities said Monday.

The accused, identified as a 24-year-old man with the surname Kim, may have used an unmonitored storm drain to cross into the North from the South's Ganghwa Island, Seoul's military said. On Sunday, North Korea claimed the man was infected with the coronavirus.

Kim left the South on July 17, using an acquaintance's car, according to South Korean newspaper Hankook Ilbo. The car was that of a North Korean defector who operates a YouTube channel, the report says.

Kim used the car to drive to Ganghwa Island. The following day, he traveled by taxi to Wolgot-ri in the northeastern section of the island.

South Korea's military officials said they found a bag believed to contain Kim's belongings. According to Yonhap, the bag contained swim goggles and a currency exchange receipt that indicated about $4,000 worth of South Korean currency had been converted into U.S. dollars.

Local South Korean residents told the Hankook Ilbo the defector probably used a storm drain near Yeonmijeong pavilion, a cultural heritage site, to cross into the North, because of the absence of nets and barriers.

Storm drains on the South Korean island connect to the sea, and were left open in July due to heavy rain, reports say.

North Korean state media also said the man underwent "several medical check-ups" and all people in Kaesong who came into contact with the defector have been quarantined.

Analysts in the South have said Pyongyang could be containing a COVID-19 outbreak of unknown origin.

The defector fled after South Korean police issued a warrant for his arrest in mid-July on charges of sexually assaulting a woman defector in her home, according to Yonhap.

World News // 4 hours ago
IEA lowers global oil demand forecast for 2020 and 2021
Aug. 13 (UPI) -- The International Energy Agency lowered expectations on Thursday for world oil demand for the rest of this year and next. 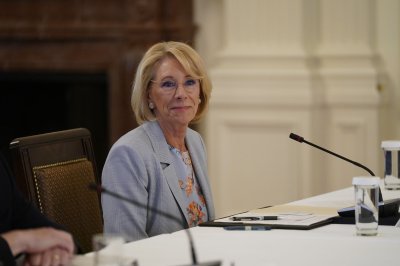 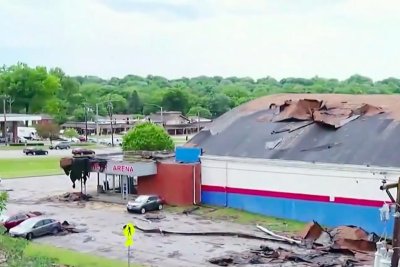