Firefighters work to extinguish the blaze at the Saint Peter and Saint Paul Cathedral in Nantes, France, on Saturday. Photo courtesy of EPA-EFE

July 18 (UPI) -- Prosecutors in France said they've opened an arson probe Saturday into a fire that destroyed part of the cathedral in Nantes.

The blaze damaged a stain glass window and the church's organ, but left the roof intact. A local fire chief said the damage was not as severe as that from the fire that devastated Notre Dame cathedral in Paris in April 2019.

Construction of the Saint Peter and Saint Paul Cathedral began in the 15th century and was completed in 1891.

"The investigation is opened on the basis of the findings, after the discovery of three outbreaks of fire spaced apart from each other," he said.

"It's not a coincidence. It's even a signature."

French President Emmanuel Macron reacted to the fire on Twitter.

"Support for our firefighters taking all the risks to save this Gothic jewel of the city of the Dukes," he said, according to a translation by The Washington Post.

The fire began early Saturday and prompted a response from more than 100 firefighters.

The structure was previously damaged by Allied bombing in 1944 as part of World War II. A fire in 1972 destroyed much of the roof.

Nantes is located in northwestern France, about 200 miles southwest of Paris. 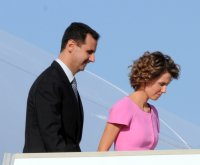 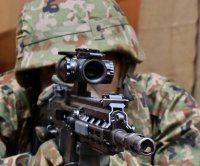 World News // 15 hours ago
Myanmar military occupies hospitals, other buildings amid protests
March 8 (UPI) -- Soldiers in Myanmar are now occupying hospitals, universities and temple compounds nationwide as the military junta consolidates control of the country in the face of public opposition to the Feb. 1 coup. 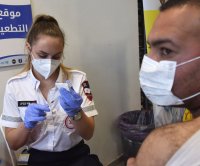