Study: World population by 2100 will be less than previously estimated

Bicyclists ride through a historic area of Beijing, China, on June 30. Wednesday's study said populous nations like China and India are expected to see sharp declines in their working-age populations by the turn of the next century. Photo by Stephen Shaver/UPI | License Photo

July 15 (UPI) -- A new study said Wednesday the global population won't grow as quickly by the year 2100 as was previously estimated.

The study, published in the Lancet, said fertility issues, improvements in contraception and higher educational attainment by women are some of the main factors in the revised estimate, which now projects a world population of 8.8 billion by 2100. Previous estimates put the figure closer to 11 billion.

The analysis said elderly persons will make up the bulk of the population in 23 countries by the start of the next century -- including Italy, Spain and Thailand -- where total populations could shrink by more than 50 percent. China and India, two of the most populous countries, are expected to see sharp decreases in working-age populations.

Christopher Murray, director of the Institute of Health Metrics and Education at the University of Washington, said the once-believed theory that Earth's population will continue to grow through the end of the century is no longer a given.

"This study provides governments of all countries an opportunity to start rethinking their policies on migration, workforces and economic development to address the challenges presented by demographic change," Murray, who led the study, said in a statement.

The study also said countries like Australia, Canada and the United States, which have fertility rates lower than their replacement rates, could navigate the decline of the working-age population through net migration. It mentioned, however, that recent backlash against migration could threaten economic growth in those nations.

"While demographers continue to debate the long-term implications of migration as a remedy for declining [fertility rates], we need a fundamental rethink of global politics," Ibrahim Abubakar, chair of the Lancet Migration at the University College London, said in a statement.

"Greater multilateralism and a new global leadership should enable both migrant-sending and migrant-receiving countries to benefit, while protecting the rights of individuals."

World News // 30 minutes ago
South Korea ranks last for birthrate in U.N. report
April 14 (UPI) -- South Korea has the world's lowest birthrate, according to the latest report from the United Nations Population Fund. 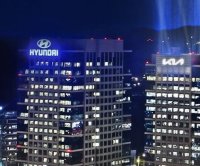 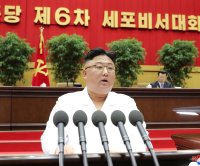 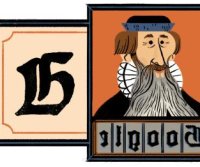