North Korea is publicizing tourism despite closing its border in the wake of the coronavirus pandemic. Mount Kumgang and other attractions in the North are off-limits to South Koreans. File Photo by Keizo Mori/UPI | License Photo

July 15 (UPI) -- A North Korea state-owned travel agency is promoting tourism to Mount Kumgang, the resort where a South Korean tourist was fatally shot in 2008.

South Korean tourism to the North never completely resumed after the 2008 incident. In January, South Korean President Moon Jae-in proposed allowing individuals to travel to the North, but the coronavirus pandemic may have postponed Seoul's plans.

The promotional message included "interview excerpts" from Chinese and Singaporean travelers and a statement from the travel agency welcoming future tourists to the area.

In 2019, Xi instructed Chinese travel agencies to increase the number of tourists to the North to 5 million people a year, a figure that would "even out" the 4.78 million Chinese travelers to South Korea annually, according to the Asahi Shimbun last year.

In the South, politicians of the ruling Democratic Party are calling for the resumption of South Korean tourism to the North, as COVID-19 subsides in the country.

Lawmaker Sul Hoon said last week the "most realistic means" of improving inter-Korea relations is to pursue independent tourism, or allowing solo South Korean travelers to take trips to the North, according to Seoul Economic Daily. 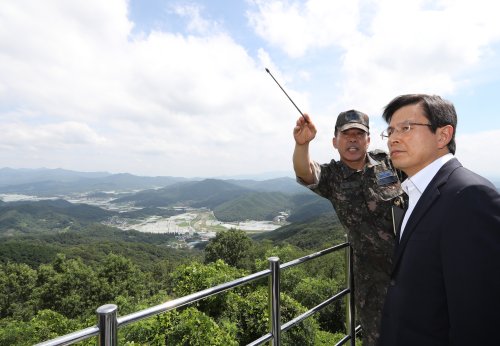