Moon, who played a key role in organizing historic summits between the United States and North Korea, seemed to favor talks in remarks during a videoconference summit with leaders of the European Union, Yonhap and News 1 reported Wednesday.

A senior official at Seoul's presidential Blue House told reporters Moon had said "there is a need to pursue dialogue before the U.S. presidential election" in November.

The official said by "dialogue" Moon is seeking a third official summit between U.S. President Donald Trump and Kim Jong Un, according to reports.

The statement from the Blue House comes after U.S. Deputy Secretary of State and U.S. top envoy on North Korea Stephen Biegun said it is "probably unlikely" Trump and Kim would meet before U.S. elections, during a forum of the German Marshall Fund of the United States.

Trump and Kim have not made public contact since June 2019, when the two leaders met at the truce village of Panmunjom.

Moon has said in past speeches advances in U.S.-North Korea relations are key to inter-Korea cooperation. The South Korean leader has proposed railway projects and sports exchanges with the North, but Pyongyang has instead blamed the South for the activism of defectors and demolished the Inter-Korean Liaison Office in Kaesong. More recently, Kim Jong Un called off military action plans against the South.

The Blue House did not address the North's actions on Wednesday. 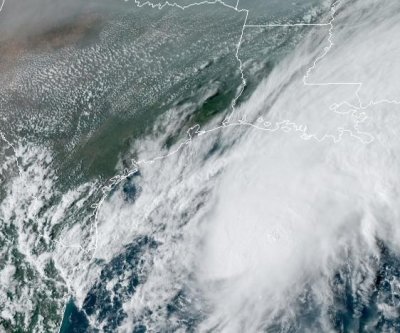 World News // 7 hours ago
New tropical storm in central Atlantic grabs the name Wilfred
Hot on the heels of the latest tropical depression in the Gulf of Mexico, yet another disturbance AccuWeather meteorologists have been monitoring since it cruised across Africa has become Tropical Storm Wilfred. 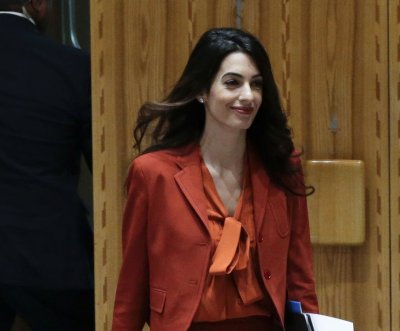 World News // 9 hours ago
Amal Clooney quits as British media envoy over plan to break EU treaty
Sept. 18 (UPI) -- Human rights lawyer Amal Clooney on Friday resigned her role as Britain's envoy on media freedom in response to the country's plan to break part of its Brexit agreement with the European Union.

World News // 11 hours ago
South Korea trade official in the running for top WTO position
Sept. 18 (UPI) -- South Korea's minister for trade has advanced to the second round of elections in the World Trade Organization's search for its next chief.

World News // 12 hours ago
Struggling South Korea theme park in limelight after BTS performance
Sept. 18 (UPI) -- The rising popularity of South Korean entertainment overseas is boosting hopes that groups like BTS will have a multiplier effect on the local economy.