Amazon warehouses in Germany go on strike over coronavirus 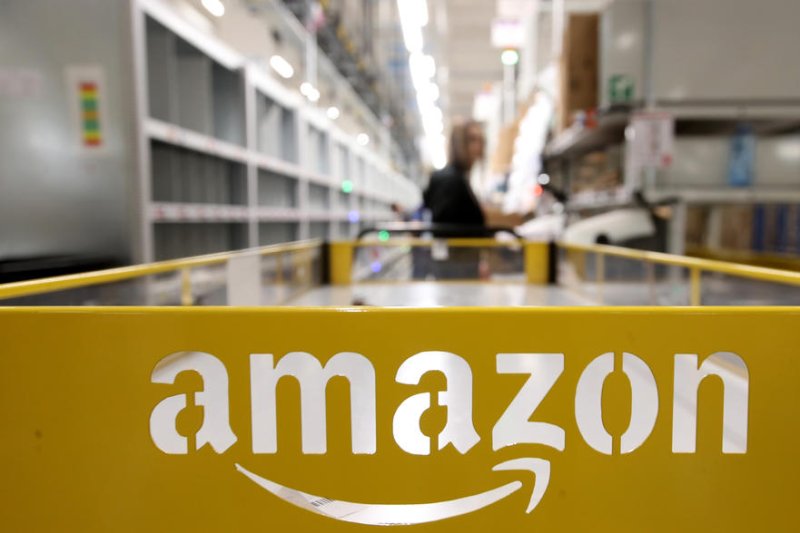 An employee works at the Amazon logistic and distribution center in Moenchengladbach, Germany on Dec. 17, 2019. Amazon warehouse workers in five cities have called a strike Monday because of coronavirus rules. Photo by Friedemann Vogel/EPA_EFE

June 29 (UPI) -- Amazon warehouse workers in Germany have gone on a 48-hour strike saying the e-commerce giant was endangering their lives after staff members at several logistics centers tested positive for the coronavirus.

Six warehouses in five cities -- Leipzig, Bad Hersfeld, Rheinberg, Werne and Koblenz -- are involved in strikes that are planned for Monday and Tuesday.

"Finally, in six Amazon warehouses in Germany are the workers on strike for 48 hours," said Amazon Workers International in a Twitter post. "We wish them the best after they had to work in dangerous conditions for so long."

The German labor union Verdi said Amazon was not making enough of an effort to protect workers in the warehouse from contracting the potentially dangerous virus.

"Amazon has so far shown no insight and is endangering the health of employees in favor of corporate profit," Orhan Akman, who is responsible for the retail and mail order sectors at Verdi, said in a statement.

The union said one warehouse outbreak in Bad Hersfeld infected at least 30 to 40 Amazon workers. When Amazon fired workers who expressed similar concerns in the United States, the company's vice president and engineer at Amazon Web Services Tim Bray quit in protest.

"Management could have objected to the event or demanded that outsiders be excluded, or that leadership be represented, or any number of other things; there was plenty of time," Bray said in a blog post after his resignation last month. "Instead, they just fired the activists. At that point, I snapped."

Amazon has defended its coronavirus response, saying it has conducted temperature checks, disinfectant spraying, "enhanced" cleaning and social distancing to curtail the virus inside its warehouses. It said workers were given protective masks to wear.

An Amazon representative said the company has spent $4 billion globally on such initiatives.

"In Germany alone, we have ordered 470 million units of hand disinfectant, 21 million pairs of gloves, 19 million units of face masks, face shields and other mouth-nose covers, 39 million units of disinfectant wipes. Health authorities and government officials are confirming that we have the right measures in place to protect associates and customers," an Amazon representative said.

World News // 9 hours ago
Gun salutes honor Prince Philip as low-key funeral planned amid COVID-19
April 10 (UPI) -- Gun salutes across the United Kingdom and British Commonwealth honored Prince Philip on Saturday as preparations were made for a somber funeral amid COVID-19 restrictions next Saturday.