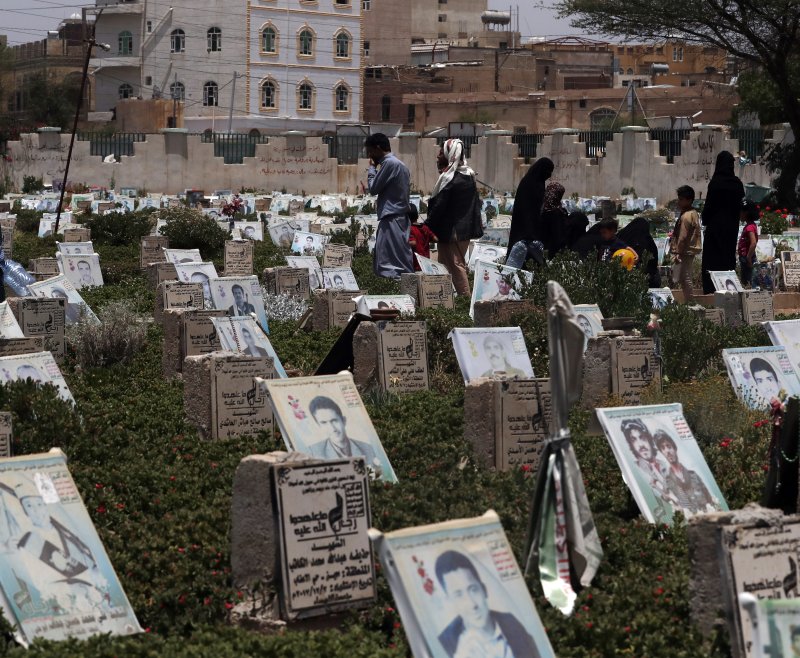 Yemenis walk among portraits on the graves of people allegedly killed in Yemen's prolonged fighting, at a cemetery in Sanaa, Yemen, Tuesday. A rebel military spokesman claimed Tuesday that rebels fired missiles from Sanaa toward defense ministry, intelligence and air base in the Saudi capital. Photo by Yahya Arhab/EPA-EFE

The attacks targeted the Saudi defense ministry and intelligence along with an air base, a rebel military spokesman said.

One ballistic missile targeting the capital was intercepted by the Saudi-led military coalition deployed in neighboring Yemen, the coalition said.

At least one of the missiles reached as far as the Saudi capital, the Independent reported.

The Houthis claimed explosions "pounded" the Saudi defense ministry and the military base and also targeted military sites in Jizan and Najran cities in the south, close to the Yemen border.

The Saudi military coalition did not immediately respond to claims the ministry and base were hit.

Still, Mamoun Abu-Nowar, a retired Jordanian air force general, told Al Jazeera that the missiles fired from the Yemeni capital of Sanaa were far-reaching enough to make Saudi Arabia question its military might amid the more than five-year war in Yemen.

RELATED Islamic State may be going soft on Saudi Arabia

"Reaching Riyadh with that accuracy and targeting the ministry of defense and some other military [base] is a big escalation because the Houthis are winning now in Jawf and some parts in Yemen," he told the Qatari broadcaster. "This makes the Saudis insecure and unstable for any investment in the future, and it's a big threat for the Saudi defense air system, which I feel is a bit weak to intercept such missiles."

Since 2015, Houthi rebels have been fighting the Saudi-led coalition which aims to restore internationally recognized Yemeni government. The U.S.-backed coalition has also tried to stop Iran, which is aligned with the rebels, from gaining power in the region.

The attacks come amid Saudi Arabia attempting to ease tensions in Yemen's south between two key allies, the Yemeni government the Southern Transitional Council, a separatist group that controls areas in southern Yemen. They have occasionally clashed even though they're both fighting Houthis.

Saudi Arabia announced Monday that the Yemeni government and the separatists group had reached a cease-fire and are working to negotiate a peace deal, but their alliance fighting the Houthis is ongoing.

The ongoing war in Yemen has killed more than 100,000 people, including 12,000 civilians, according to the Armed Conflict Location and Event Data Project.

Amid the war, a humanitarian crisis emerged prior to the coronavirus pandemic that has been getting worse this year with the United States recently slashing funding.

According to Save the Children aid agency, the Saudi and Emirate-led coalition on June 15 killed 13 people in two airstrikes, including at least four children. On the same day, the United Nations removed the Saudi-led coalition from the Children and Armed Conflict report's "list of shame."

"This year's report on children and armed conflict, which documents the U.N.-verified grave violations against children in conflict zones in 2019, failed to hold the Saudi- and Emirati-led coalition to account for killing and injuring at least 222 children, and at least four incidents of attacks on schools and hospitals verified by the United Nations in 2019," a Save the Children statement said.

More than 10 million children in Yemen are starving, 70 percent don't have access to clean water and sanitation, and almost one in five children have lost their homes, according to the aid agency. 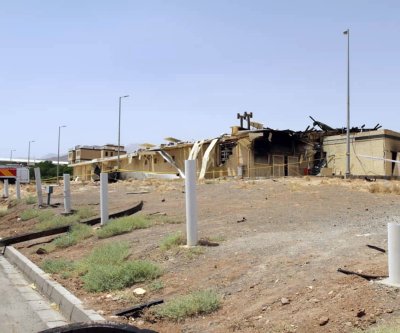 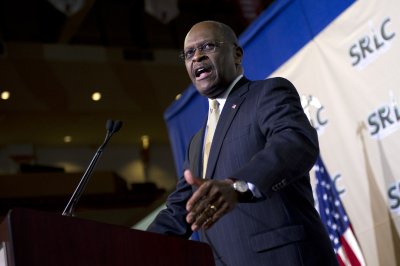