Forecasters are monitoring a weather disturbance, the patch of clouds just to the right of center in this image, which could potentially develop into Tropical Storm Dolly. Image courtesy NOAA

June 12 -- AccuWeather meteorologists are monitoring an area of disturbed weather, called a tropical wave, that is forecast to pass through the Windward Islands late this week prior to moving westward across the Caribbean Sea this weekend.

Tropical waves are weak weather systems that kick up storms and dust while traveling westward over central and northern Africa and then move westward over the tropical Atlantic.

The tropical wave or Cabo Verde season, as it is often called, is in the early stages but reaches a peak during late August and September. Some of these disturbances can go on to develop into tropical storms and hurricanes.

The 2020 Atlantic hurricane season has already experienced its earliest third-named storm on record when Cristobal formed near the coast of southeastern Mexico on June 2.

None of the first three storms, Arthur, Bertha and Cristobal, were Cabo Verde systems as it was too early in the season. Having four tropical storms by the end of June would be extremely rare.

According to records from the National Hurricane Center, the month of June has only produced two other D-named storms: Tropical Storm Debby from 2012 and Tropical Storm Danielle from 2016.

Should a system develop in either basin at some point, the next names on the list in the Atlantic and the East Pacific are Dolly and Boris, respectively.

"The feature near the Windward Islands has a low chance of tropical development over the next couple of days, but will struggle with dry air surrounding it and will be negatively affected by moderate wind shear in the region," AccuWeather Senior Meteorologist Rob Miller said. Wind shear is the increase in wind speed or direction with altitude or over a distance in the horizontal.

As this feature moves westward over the Windward Islands through Friday, locally drenching and gusty showers and thunderstorms are in store.

"Local rainfall amounts of 1-2 inches are possible with a slight risk of urban flooding," Miller said. "But rainfall would generally be beneficial in this case."

Water is sufficiently warm in the region to support development -- typically critical sea surface temperatures of 80 degrees Fahrenheit are needed to sustain tropical systems. But, during the weekend, the system will pass close to the large land mass of South America, which will put a drag on any circulation the feature can muster.

The feature is forecast to drift over the western part of the Caribbean Sea and may get strung out from near Cuba to Central America next week.

During next week, another gyre, or a large slowly spinning area of low pressure, may try to form around Central America. The lower pressure, slight spin and moisture a gyre produces can aid in tropical development. This feature is more common in the late summer and autumn over Central America.

"It is possible with some of the energy from the tropical wave coming in and perhaps, if gyre takes shape, there could be slow development either on the western Caribbean side or the eastern side of the Pacific around Central America next week, but perhaps a slightly better chance late next week or next weekend," AccuWeather Hurricane Expert Dan Kottlowski said.

Still, development factors near Central America are not nearly as impressive for next week as they were with Cristobal.

Part of Central America was hit with torrential rain and flooding from the one-two-punch from Amanda and Cristobal. There may be an uptick in rain in the region next week in lieu of any definable tropical feature.

The area around Central America is one of several favored areas for tropical development during the month of June.

Wind shear would likely restrict development areas over the Gulf of Mexico and off the southern Atlantic coast next week.

There is an area over the Eastern Pacific AccuWeather meteorologists are watching for development later this weekend to next week. However, that area of disturbed weather is hundreds of miles off the coast of Central America and is forecast to drift slowly westward in the coming days. Thus, it is not likely to be a threat to any land in the coming days, even if it does develop.

In 2012, Debby formed over the south-central Gulf of Mexico before slamming into the Big Bend area of Florida on June 26. The system weakened soon after moving inland, but it produced a considerable amount of flooding across northern and central portions of the state.

Danielle formed in a similar area and was a short-lived tropical storm that developed over the southwestern Gulf of Mexico. The weak tropical storm made landfall near Tamiahua in eastern Mexico on June 20, 2016.

According to AccuWeather Senior Weather Editor and Meteorologist Jesse Ferrell, there have been 69 D-named storms in the Atlantic since storms were officially named starting in 1950. The most common of those names are Dolly at eight times and the aforementioned Debby and Danielle at seven times apiece.

Danielle's formation on June 20, 2016, just prior to landfall holds the record for the earliest formation of the fourth tropical storm of the season.

So far, eight D-named storms have been retired, including Hurricane Diane in 1955 and Hurricane Dean in 2007. Hurricane Dorian from 2019 is expected to be retired sometime this year. Ferrell said all of the retired D-named storms formed in August, with the exception of Dennis, which formed the earliest on July 4, 2005.

World News // 8 hours ago
British universities face fiscal trouble due to COVID-19, study says
July 6 (UPI) -- As many as 13 British colleges and universities could fail financially without government support as a result of the coronavirus pandemic, a new analysis said Monday. 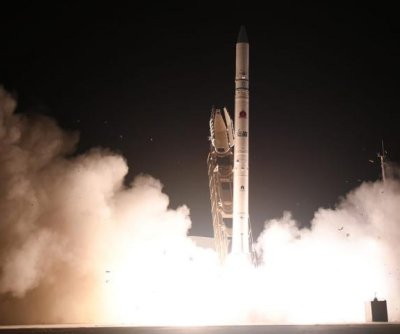