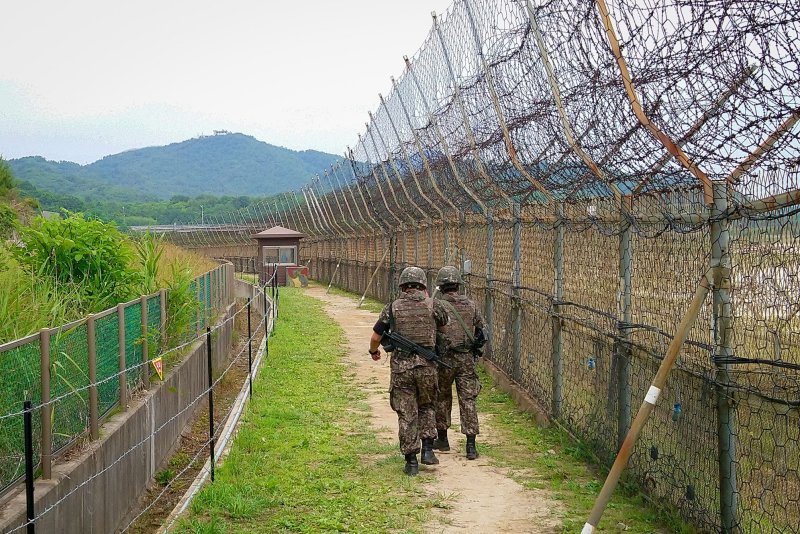 SEOUL, June 2 (UPI) -- The Pentagon said Tuesday it's accepted a $200 million proposal from South Korea to fund labor costs for Korean employees of United States Forces Korea, a move that comes as defense cost-sharing negotiations are at an impasse.

More than 4,000 South Korean civilian employees of the USFK were placed on furlough on April 1 after residual funds from the 2019 Special Measures Agreement, which covers costs for maintaining the roughly 28,500 U.S. troops stationed on the peninsula, ran out.

The Korean Ministry of Defense will provide more than $200 million in funding for the USFK's entire Korean workforce through the end of 2020, the U.S. Department of Defense said in a statement.

"This decision enables a more equitable sharing of the KN employee labor burden by the ROK and the U.S.," the statement said. "More importantly, it sustains the alliance's number one priority -- our combined defense posture."

The Republic of Korea is the official name of South Korea.

USFK expects all Korean employees to return to work no later than mid-June, the statement said.

Washington and Seoul remain deadlocked over a larger defense cost-sharing agreement, however.

The United States is asking for a $1.3 billion contribution from South Korea, an increase of nearly 50 percent from 2019, according to a report from news agency Yonhap. At the start of negotiations, U.S. President Donald Trump had reportedly been seeking $5 billion from Seoul.

South Korea has offered to increase its contribution by 13 percent from the $870 million it paid in 2019. Foreign minister Kang Kyung-wha told parliament at the end of April that the offer was the highest that Seoul could make.

South Korea's defense ministry said in a statement that it welcomed the end of the furloughs and added that Seoul and Washington would move toward a new SMA soon.

"South Korea and the U.S. will strive to reach a defense cost-sharing agreement at an early date," the ministry said, according to Yonhap.

Gen. Robert Abrams, commander of USFK, said he was "thrilled" that the furloughed employees would be coming back to work.

"USFK fought tirelessly for our employees, co-workers and teammates to return to work and our hard work has paid off," he said in a statement. "We are thrilled to welcome back our furloughed employees and end this strenuous period for them. Our ability to work together in finding a burden-sharing solution for our Korean national employees is another positive sign of the power of our alliance."

Abrams added that Tuesday's announcement represented only a short-term solution and that it "still highlights the need for an overall Special Measures Agreement for the long term."

The Pentagon said Tuesday that "equitable burden-sharing" is "in the best interest of all parties."

"We strongly encourage our ally to reach a fair agreement as quickly as possible," the statement said. "The United States has shown considerable flexibility in their approach to the SMA negotiations, and requests that the ROK does the same."

Without a new SMA, "burden sharing will remain out of balance for an alliance that values and desires parity," the Pentagon added.

World News // 19 hours ago
Former Vatican bank chief sentenced to 9 years for embezzlement
Jan. 22 (UPI) -- The former head of the Vatican bank was sentenced to almost nine years in prison for money laundering and a real estate embezzlement scheme during the pontificates of Pope John Paul II and Pope Benedict.

World News // 21 hours ago
British court sends 4 to prison for 2019 lorry deaths of 39 migrants
Jan. 22 (UPI) -- A British court on Friday sentenced four people to prison, including the ringleaders of a human trafficking operation, for the deaths of 39 Vietnamese migrants who died after being smuggled into Britain in 2019.

World News // 23 hours ago
U.N. official says rape, sexual violence rising in Ethiopia's Tigray conflict
Jan. 22 (UPI) -- A top United Nations official is demanding an end to sexual violence in the Tigray region of Ethiopia that has resulted from fighting between government forces and local factions.

World News // 23 hours ago
Japan, IOC reject report that officials expect to cancel Tokyo Olympics
Jan. 22 (UPI) -- Japan and the International Olympic Committee on Friday both denied a news report that claims officials expect they will have to cancel the upcoming Summer Games in Tokyo due to ongoing threats related to COVID-19.