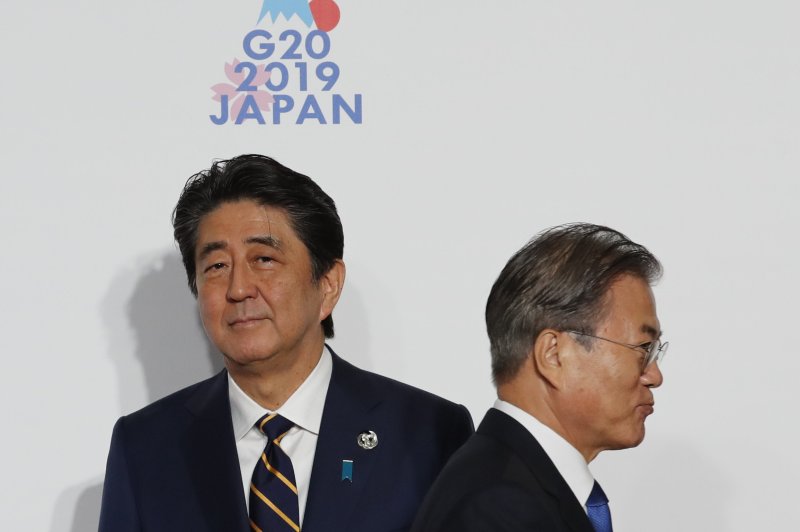 Na Seung-sik, department head of trade and investment at Seoul's ministry of trade, industry and energy said Tuesday at a press briefing Seoul's outreach to Tokyo has not been met with the desired response, Yonhap reported.

"We have reached the conclusion that we cannot proceed with normal negotiations [with Japan], which was the premise of suspending the complaint at the WTO," Na said.

The South Korean decision to reopen the WTO complaint comes after it requested the Japanese government lift trade regulations that went into effect in July.

The Japanese decision followed South Korea's support for compensation of Korean forced laborers recruited during World War II. Japan had said at the time the move had caused "significant damage to the relationship of mutual trust."

As South Korea said Japan's response does not "meet expectations," Korean companies could be stepping in to fill the void in the aftermath of the trade dispute.

Resists, which also are chemical materials, are being sourced from DuPont Corp. in the United States, according to the report.

World News // 23 hours ago
Trial starts in Russia for WNBA star Brittney Griner
July 1 (UPI) -- The Moscow cannabis oil possession trial of WNBA player Brittney Griner began Friday, with Griner facing a possibility of up to 10 years in a Russian prison if convicted.

World News // 1 day ago
Xi Jinping returns to Hong Kong for first trip outside of mainland China in two years
June 30 (UPI) -- Chinese President Xi Jinping traveled to Hong Kong on Thursday to mark the 25th anniversary of its return from British rule and to inaugurate the administration of its new chief executive, John Lee.
Advertisement