Delegates react to a vote Thursday on the draft resolution for the controversial national security law for Hong Kong, during the closing ceremony of the third session of the 13th National People's Congress at the Great Hall of the People in Beijing, China. Photo by Roman Pilipey/EPA-EFE

Chinese military security wait for diplomats and delegates as the closing ceremony of the Chinese People's Political Consultative Conference gets underway in the Great Hall of the People in Beijing on May 27, 2020. Photo by Stephen Shaver/UPI | License Photo

A Chinese soldier wears a face mask on an empty Tiananmen Square on May 27, 2020. Photo by Stephen Shaver/UPI | License Photo

May 28 (UPI) -- China's legislature on Thursday approved a highly controversial national security law that critics say will deteriorate the rights and freedoms of the semi-autonomous territory of Hong Kong.

China's rubber-stamp National People's Congress passed the resolution with a near-unanimous 2,878 votes to criminalize acts of secession, sedition, subversion, terrorism and conspiring with foreign actors to threaten national security in Hong Kong. Only one lawmaker voted against the bill while six abstained.

The decision is expected to attract widespread international condemnation and spur further protests throughout Hong Kong, which has been rocked since last June by pro-democracy demonstrations that have often turned into violent clashes with police.

U.S. Secretary of State Mike Pompeo announced hours prior to the vote that Hong Kong's autonomy from China had deteriorated to the point it no longer warranted special trade treatment under U.S. law.

"No reasonable person can assert today that Hong Kong maintains a high degree of autonomy from China, given facts on the ground," he said Wednesday.

Earlier this week, Pompeo described the legislation as "a death knell" for the autonomy Hong Kong was promised in the U.N.-filed declaration that returned the city from British to Chinese rule in 1997.

Hong Kong leader Carrie Lam said in a statement that she welcomes the decision, as the Special Administrative Region is an "inalienable part of the People's Republic of China."

Referring indirectly to ongoing protests that started against a now-withdrawn extradition bill, Lam said given the difficulty to pass similar legislation there's a need for the National People's Congress to enact legislation to "establish and improve the legal system and enforcement mechanisms for Hong Kong to safeguard national security at the state level."

"The legislation to be enacted for the HKSAR to safeguard national security aims to prevent, curb and sanction an extremely small minority of criminals who threaten national security, safeguarding the prosperity and stability of Hong Kong and maintaining 'One Country, Two Systems,'" she said, referring the legal framework which affords the territory freedoms and rights the mainland does not have.

Joshua Wong, a prominent pro-democracy activist in Hong Kong, said the law is a "direct assault" against the will of Hong Kongers as it conflicts with China's promise to grant autonomy and "buries" the One Country, Two Systems framework it purports to protect.

"I call upon world leaders to urge China to withdraw the bill," he tweeted. "Since the law casts more doubt on HK's autonomy, I urge the world to take necessary actions to send a warning signal to China for its reckless move."

On Wednesday, China blocked a U.S. effort to hold a U.N. Security Council meeting on the matter, with Zhang Jun, China's ambassador to the United Nations, saying it's "purely China's internal [affair]."

"It has nothing to do with the mandate of the Security Council," he said. "China urges the U.S. to immediately stop its power politics and bullying." 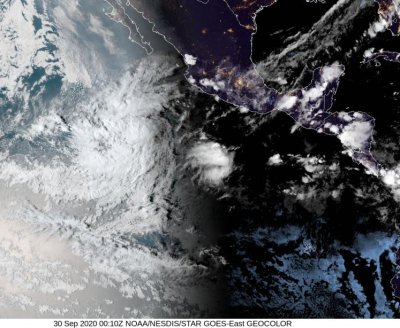 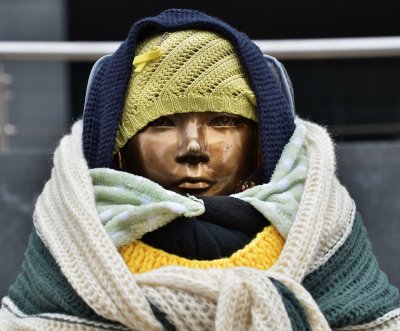 World News // 14 hours ago
Japan pledges to remove 'comfort woman' statue in Berlin
Sept. 29 (UPI) -- The Japanese government vowed to get rid of a newly erected "comfort woman" statue in Berlin, a day after activists in Germany held an inauguration ceremony for the symbol of Japanese wartime exploitation of women.