May 28 (UPI) -- At least seven Afghan soldiers died in an attack on a security checkpoint that local officials blamed on the Taliban.

Wahida Shahkar, a spokesman for the governor of Parwan province, said the attack happened Wednesday in the Ghorband district. The district, also known as the Syagird district, is about 30 miles northwest of Kabul.

"At least seven Afghan forces were killed and one was wounded after the Taliban attacked a security checkpoint in northern Parwan province on Wednesday night," Shahkar told TOLO News.

"The Taliban also suffered casualties but there is no exact information about the number."

The Taliban didn't comment on the attack, which came after the lifting of a three-day cease-fire to mark the Eid al-Fitr holiday. 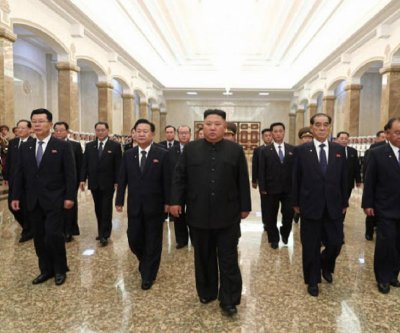 World News // 22 hours ago
Parts of Australia to re-enter lockdown as COVID-19 cases surge
July 7 (UPI) -- Australian officials said Tuesday residents and businesses in Melbourne and other areas will soon re-enter a state of lockdown due to abrupt surges in COVID-19 cases.