May 25 (UPI) -- Japanese Prime Minister Shinzo Abe's approval rating has dipped by double digits in the wake of his administration's response to the global coronavirus pandemic.

According to a poll conducted by local paper Asahi Shimbun on Saturday and Sunday, Abe's approval rating now stands at 29 percent, down from 41 percent on April 18-19. The latest poll numbers are the lowest since Abe assumed office, according to the report.

Tokyo's declaration of a state of emergency came after the postponement of the 2020 Summer Olympics. Medical professionals have criticized the administration for under-testing for COVID-19.

Abe is also being evaluated based on his decisions on prosecutor appointments. The poll showed 68 percent of respondents hold the prime minister responsible for attempting to extend the retirement age of Hiromu Kurokawa, head of the Tokyo High Public Prosecutors Office.

Kurokawa, Abe's choice for prosecutor-general, was to succeed Nobuo Inada, who may have been planning to retire this summer, the Mainichi Shimbun reported last week.

When Inada refused to resign as suggested, Abe's office proposed extending the retirement age so that Kurokawa could still serve as prosecutor-general. Kurokawa's closeness to the prime minister also came under criticism, according to the Mainichi.

Kurokawa was eventually forced into resignation this month, when it was revealed he had been gambling during coronavirus quarantine.

Japan ended a state of emergency in some of its major cities last week.

The Nikkei reported Monday the coronavirus alert for Tokyo is being lifted, allowing movie theaters, commercial facilities and private academic institutes to reopen in the city.

World News // 2 hours ago
Wassily Kandinsky painting thought lost for 70 years sells for $1.4M
June 22 (UPI) -- A watercolor painting by Russian artist Wassily Kandinsky believed to be lost for more than seven decades has sold at auction for $1.4 million. 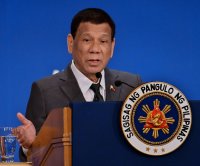 World News // 11 hours ago
Singapore woman receives 30-year prison term for death of Myanmar maid
June 22 (UPI) -- A Singaporean woman who beat and burned her housemaid from Myanmar with a clothing iron before choking her to death was sentenced to 30 years in prison. 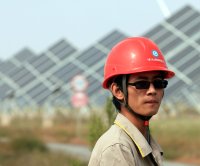 World News // 13 hours ago
EU investigators looking at whether Google abuses power in digital ad market
June 22 (UPI) -- The European Union said Tuesday it's investigating Google over whether the U.S. tech giant is stifling competition in the bloc by favoring its own digital advertising platform.

World News // 15 hours ago
UNESCO urges endangered listing for Great Barrier Reef, angers Australia
June 22 (UPI) -- The United Nations on Tuesday warned in a report that the Great Barrier Reef should be designated an endangered World Heritage site, a move that drew surprise and anger from the Australian government.
Advertisement