SEOUL, May 6 (UPI) -- Lee Jae-yong, vice chairman and heir of Samsung Group, apologized Wednesday for a decades-long policy of not allowing trade unions.

Lee, who is a de facto leader of Samsung instead of his bedridden father, Chairman Lee Kun-hee, held a news conference to apologize for the no-labor-union policy.

His remarks are in stark contrast to those of Samsung Group founder Lee Byung-chul, the vice chairman's grandfather, who once famously remarked that there will be no trade unions until he "has dirt over [his] eyes."

"Samsung failed to catch up with the changes of the time in terms of labor management culture," Lee Jae-yong said. "I sincerely apologize to those who were hurt due to Samsung's union issues."

The third-generation businessman also promised to strictly comply with labor-related laws and to secure laborers' rights.

The public remarks are the first time the 51-year-old tycoon made a high-profile apology since 2015, when he bowed his head to the public in response to Samsung hospital improperly treating the Middle East Respiratory Syndrome.

Wednesday's apology follows the advice of the group's compliance committee.

RELATED Korean travelers sleeping in cars instead of hotels

Samsung has been notorious for its no-union policy, and the group's executives were found guilty late last year of trying to sabotage union activities.

Lee Jae-yong also pledged not to hand over Samsung's management to his siblings. He has a son born in 2000 and a daughter born in 2004.

"I made the decision a quite long time ago, but hesitated to make public," he said.

RELATED With COVID-19 cases on the decline, South Korea opens up to a new normal

However, some critics are downplaying the apology as a public relations maneuver to deflect attention from his 2017 imprisonment. He served time for bribing former South Korean President Park Geun-hye in return for her support in strengthening his control over Samsung.

He was sentenced to five years in prison but was let go the next year after an appeals court suspended the sentence. South Korea's Supreme Court overturned the ruling last year, sending it back to the high court for a review.

The judge of the high court instructed Lee Jae-yong to make tangible efforts to improve Samsung's compliance in the future. 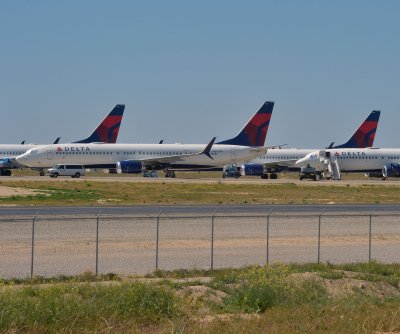 World News // 10 minutes ago
IEA lowers global oil demand forecast for 2020 and 2021
Aug. 13 (UPI) -- The International Energy Agency lowered expectations on Thursday for world oil demand for the rest of this year and next.

World News // 20 hours ago
Thousands arrested in Belarus amid outcry over election
Aug. 12 (UPI) -- Belarus authorities have arrested more than 6,000 demonstrators over the past three days amid substantial opposition to election results that declared President Alexander Lukashenko the winner of another term.