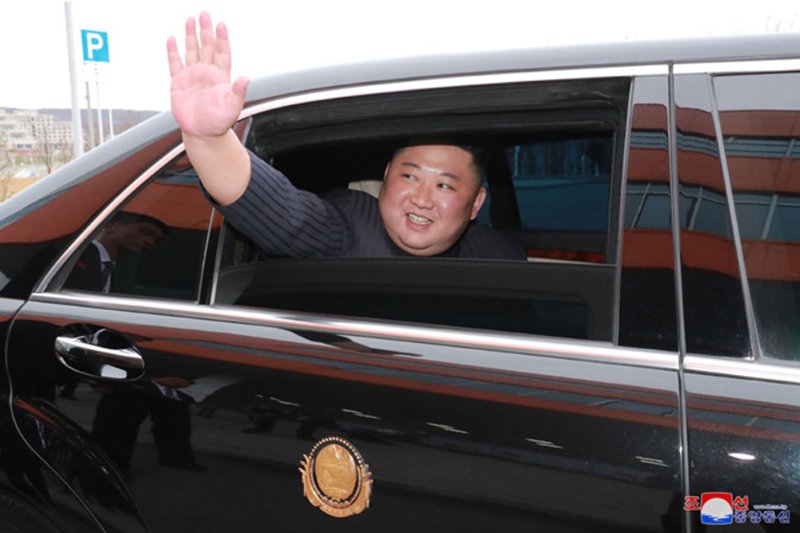 April 24 (UPI) -- Kim Jong Un may have left Pyongyang and could be sheltering in an undisclosed location on North Korea's eastern coast, according to multiple press reports.

The North Korean leader's absence triggered wild speculation regarding the state of his health this week, following unconfirmed reports Kim was in critical condition after receiving heart surgery.

Kim may have been evacuated to the coastal city of Wonsan, Kangwon Province, where he may have been providing field guidance at a resort construction site, South Korean news service Newsis reported Friday, citing Seoul's national intelligence sources.

According to Newsis, movement has been observed among "dedicated vehicles" for Kim that suggest he may have been evacuated from Pyongyang. A special train for Kim's use was stationed in Wonsan, but Kim's private plane remained in Pyongyang, the report says.

In an earlier stage of the coronavirus pandemic in late February, Kim stayed in the Wonsan area while providing field guidance to the military. Kim may have returned to Wonsan after members of the Korean Workers' Party were quarantined for suspected infections, Newsis reports.

South Korean politicians are dismissing claims of illness, however. A Seoul lawmaker with the national defense committee of parliament said Kim is likely "doing well" after leaving Pyongyang amid a suspected outbreak of COVID-19.

Kim may not be staying in one location.

In the new location, Kim may be carrying out field guidance activities, at Tanchon Hydroelectric Power Plant, or visiting a North Korean artillery unit in Sondok, where short-range projectiles were fired in March.

The North Korean leader could return to public duties this week, however.

Kim could appear for events related to North Korea's Military Foundation Day on Saturday, but official reports may come days later, according to Newsis.

World News // 1 day ago
Inflation jumps to record 8.6% in eurozone
July 1 (UPI) -- Inflation in the eurozone reached an annual rate of 8.6% in June, an increase from 8.1% in May, according to the latest European economic statistics released Friday.
Advertisement