Officials said the Nour-1 satellite was put into orbit 255 miles above the surface of the Earth after it departed Iran's Dasht-e Kavir desert.

Iranian religious leader Ayatollah Seyyed Ali Khamenei congratulated the military on the launch, which occurred on the anniversary of the founding of Iran's Islamic Revolutionary Guard Corps in 1979.

Communication minister Mohammad Javad Azari-Jahromi called the satellite launch a "great national achievement," and said he visited the development of both the solid-propellant launcher and the satellite.

RELATED Iran orders people back to work amid coronavirus

Tehran has not detailed the satellite or its capabilities.

Following the launch, U.S. Secretary of State Mike Pompeo said Iran "needs to be held accountable for what they've done."

The Middle Eastern nation has long claimed such launches were in the name of commercial interests, but this launch by the elite arm of the Iranian military, which has been designated a terrorist organization by the United States, is proof that is not the case, he told reporters during a press availability in Washington, D.C.

"The IRGC, a designated terrorist organization, launched a missile today. And I'll leave it to the Department of Defense to talk about the details about that," he said.

The launch occurred as the United States has been criticized for maintaining sanctions against Tehran despite its arguments that the diplomatic pressure is preventing it from receiving medical supplies to fight the coronavirus pandemic -- accusations the State Department has repeatedly denied saying the sanctions do not affect such materials.

Pompeo on Wednesday said the Iranian regime should prioritize its resources on its people instead of using them to continue "their global terror campaign."

President Donald Trump also tweeted on Wednesday that he has instructed the U.S. Navy to "shoot down and destroy any and all Iranian gunboats if they harass our ships at sea."

States are safely coming back. Our Country is starting to OPEN FOR BUSINESS again. Special care is, and always will be, given to our beloved seniors (except me!). Their lives will be better than ever...WE LOVE YOU ALL!— Donald J. Trump (@realDonaldTrump) April 22, 2020

Senior defense officials said during a press briefing later Wednesday that while Trump's comment is not a change in policy concerning rules of engagement, it is a warning Iran should take seriously. 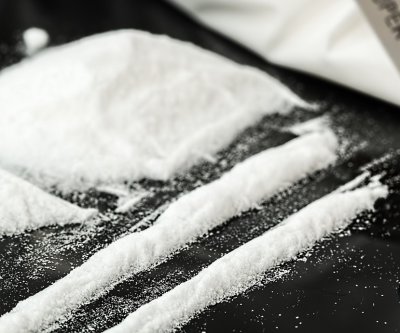 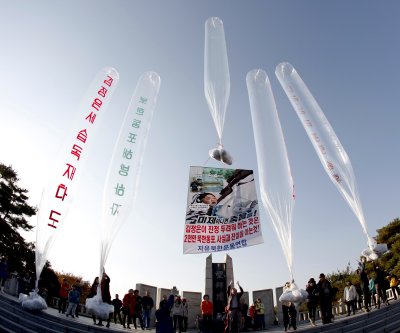 World News // 17 hours ago
Explosions target 2 U.S. supply convoys in Iraq
Aug. 11 (UPI) -- The Pentagon said Tuesday it is investigating a pair of attacks on U.S.-supported military convoys in Iraq.