SEOUL, April 15 (UPI) -- Fear of the coronavirus pandemic did not keep large numbers of South Koreans from heading to the polls to vote Wednesday in national parliamentary elections.

Voter turnout reached 66.2 percent of the country's 44 million eligible voters, the National Election Commission said, the highest turnout of any national election since 1992.

An exit poll by broadcaster KBS found that the ruling Democratic Party and an affiliated party are expected to gain enough seats to form a majority in the National Assembly, the country's 300-seat legislative body.

National Assembly elections are held every four years, with 253 seats elected directly and another 47 filled by proportional representation.

At one station located on a badminton court in northwestern Seoul's Seodaemun district, one poll worker took the temperature of each person lining up to vote while another administered hand sanitizer. A third passed out disposable plastic gloves.

As voters lined up, markings on the floor indicated proper spacing and voting booths were spread out at a distance inside the station.

The precautionary measures seemed to put most voters at ease.

"I felt very safe," said Ahn Jeong-suk, 70. "Wearing gloves to vote was something new but it made me feel more secure."

Any voters found to have a temperature above 99.5 degrees Fahrenheit or displaying symptoms of respiratory difficulties would be escorted to a separate area to cast a provisional ballot, the NEC said.

Hospitalized patients were eligible to vote by mail, while booths were also established at special quarantine facilities, where patients with mild cases could cast ballots.

The high turnout serves as testament to South Korea's strong response to the coronavirus pandemic, as early and aggressive testing, contact tracing and rapid treatment have allowed the country to flatten the curve of new infections.

On Wednesday, the Korea Centers for Disease Control and Prevention reported 27 new cases of COVID-19, the sixth day in a row that the figure has hovered around 30 new patients.

Other countries, such as Britain and France, have postponed local elections while some U.S. states have either delayed presidential primaries or changed to mail voting only.

"The situation in South Korea was very difficult, but it has gotten much better," said voter Park Cheol-woo, 25. "I felt at ease coming to vote. They took my temperature and inside all the officials were wearing gloves and masks, so that helped me relax more."

The government's handling of the coronavirus outbreak also figures to reflect in election results, with the ruling Democratic Party poised to increase its share of seats in the National Assembly.

President Moon Jae-in has seen his approval ratings rise steadily since early March on the back of his administration's COVID-19 response. Earlier this week, his favorability rating hit 54.4 percent in a survey by pollster Realmeter, his highest level since November 2018.

The president's popularity had dipped to 48.7 percent at the beginning of March as South Korea scrambled to contain a rapidly expanding coronavirus outbreak centered around the southeastern city of Daegu. Moon was criticized for failing to completely ban travelers from China, and a petition calling for his impeachment over the handling of the escalating crisis gained nearly 1.5 million signatures.

His liberal Democratic Party also faced criticism from the opposition United Future Party over a sluggish economy, a corruption scandal that forced the resignation of former Justice Minister Cho Kuk in October and a faltering diplomatic process with North Korea.

However, the coronavirus outbreak appears to have been the dominant issue on most voters' minds on this election day. Final results are expected to be announced Thursday.

World News // 5 hours ago
First migrants deported from U.S.-Mexico border arrive back in Haiti
Sept. 19 (UPI) -- Two flights carried the first group of Haitian migrants that had gathered near the U.S.-Mexico border back to the country on Sunday morning. 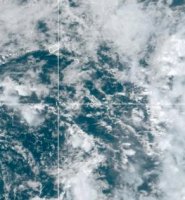